AirPodS Pro 2 Get a Retina HD Display in This Concept 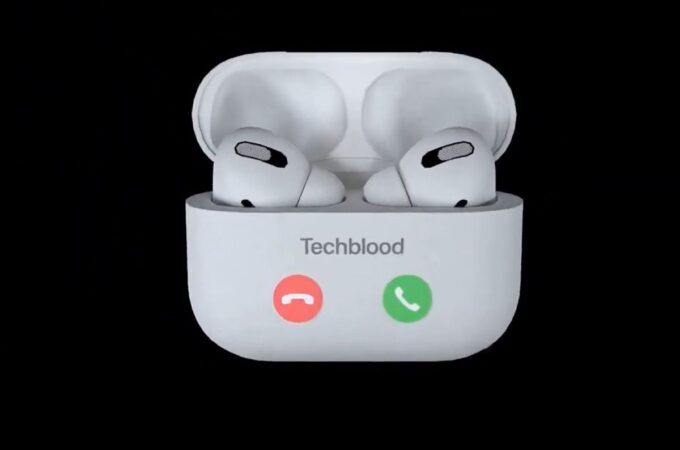 Now, we’ve covered phones, tablets, gaming consoles and every now and then headphones. This time we’ve found the Apple AirPods Pro 2 headphones, which are a pair of AirPods with a Retina HD display. The creation of designer Techblood, the device gets both pictured and shown in a video below.

Of course, as you’ve already read in the title, the biggest innovation here is the Retina HD display. That’s available on the case, not the actual headphones. The display is very well disguised, completely camouflaged and shows the battery level of headphones and incoming calls. The designer doesn’t show other features, but notifications would also be nice, at least the minor ones. I see that you can also see the time, a compass and the song you’re playing.

A cool feature is that you can lock the AirPods Pro 2 only with your iPhone, so it can’t pair to another iPhone. The design seems to remain unchanged from the AirPods Pro, with the silicon tip and all and shorter body compared to the AirPods and AirPods 2. A screen is probably not a good idea, seeing how people mistreat the cases of their headphones, me included and would most likely smash this screen to pieces.

I see there’s even an AirPodsOS planned and this makes me think of those health and fitness features rumored to appear on the headphones at some point.

About Kelvin
Passionate about design, especially smartphones, gadgets and tablets. Blogging on this site since 2008 and discovering prototypes and trends before bigshot companies sometimes
Google Pixel 5 Renders Are Out With… Glitter on The Back!?   Samsung Galaxy Note 21 Ultra Gets the Ben Geskin Render Treatment