Bob Freking had another original idea: creating an Apple flip phone called iFlip. Odds are that Apple won’t create something like this ever, but one can dream, right? Bob says that Apple has changed its logo and has a slogan that goes something like “back to the future”, so they may go to the flip phone era. Ever wanted a clamshell iPhone? Here it is: 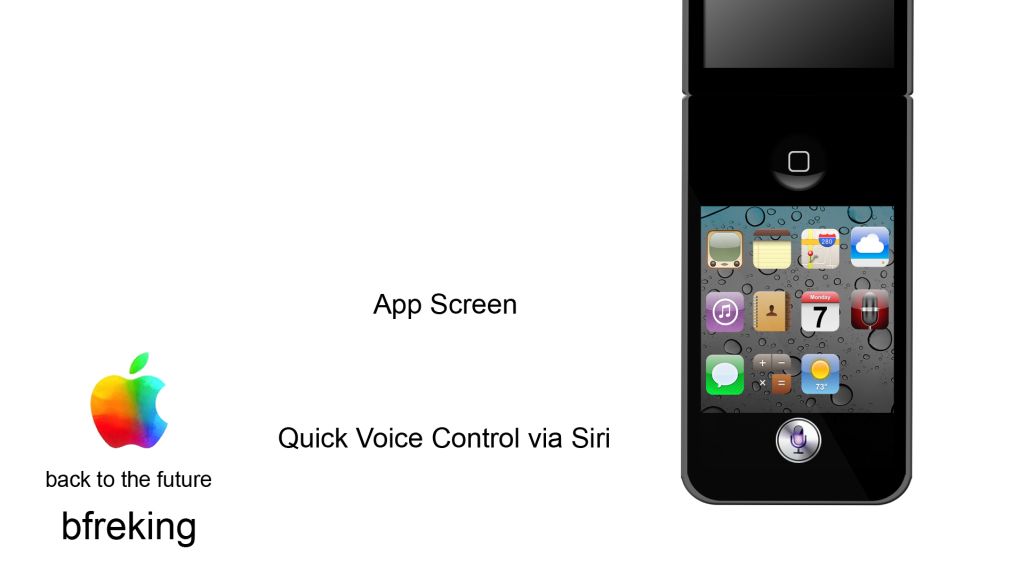 If you remember in the early 2000s flip phones were all the rage, with models like the Razr being extremely hot. The iFlip will possibly also have a WiFi only version, the iPod Touch flip (or something like it) and it will come with a Notification Panel at the front and the same 8 megapixel iSight camera from the iPhone 4S. The top screen is a 4 inch Retina one, while the lower display is a 3.5 incher, so it keeps today’s format, adopting the 3GS resolution.

Quick access to apps and Siri are also available here and the Home button is kept as well. All of these are interesting ideas and I’m sure that if you could dig into the Cupertino archives you’d find such prototypes of dual display iPhone flip phones, that never made it to production. Do you fancy flip phones in 2012? From what I know they’re big in Japan, where everyone loves his/her “keitai”. 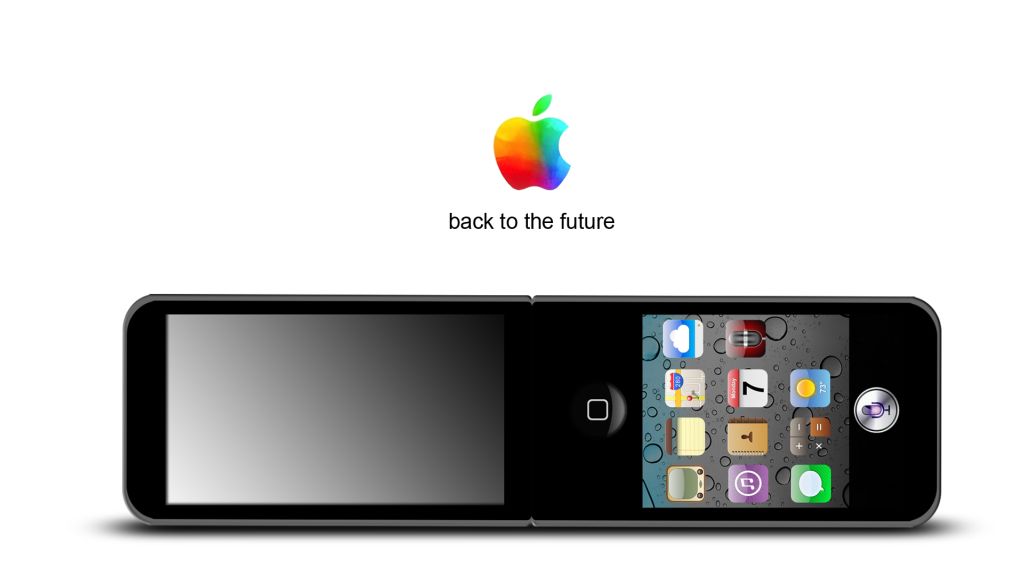 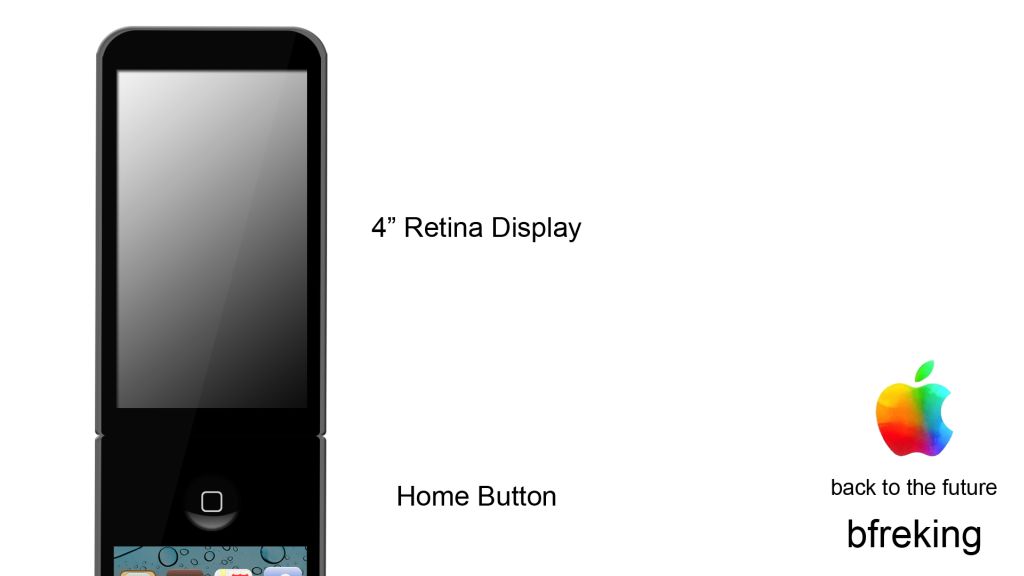 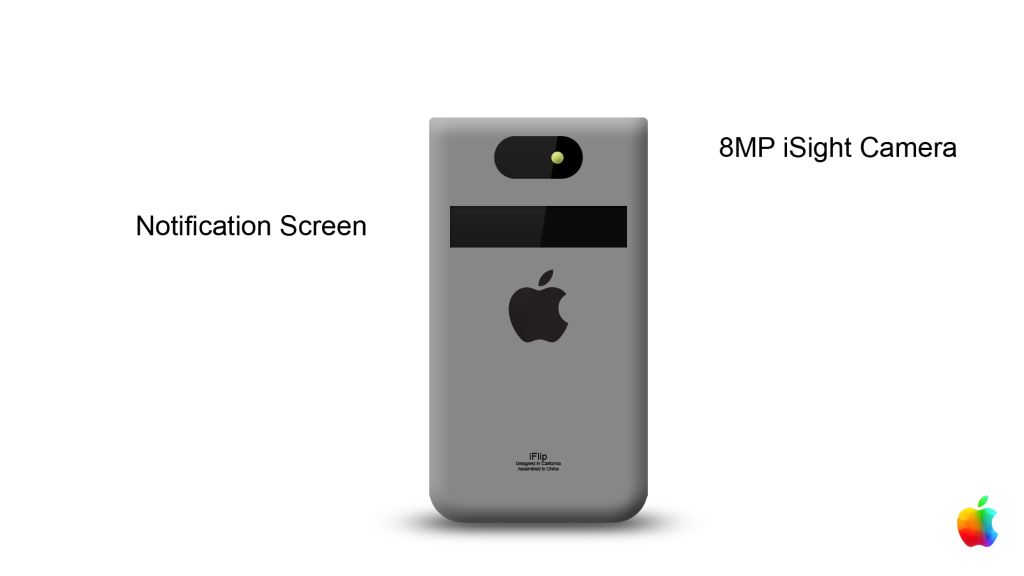