Apple Glasses Gets Detailed on Renders and Video by Hasan Kaymak 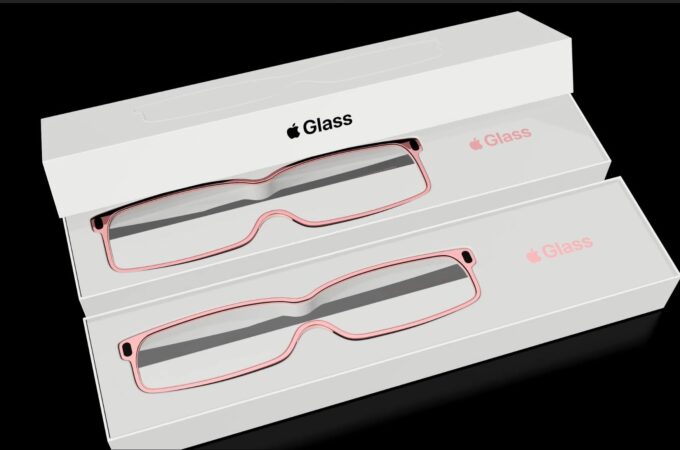 Apple Glasses have been leaking quite a bit lately, as the project seems to be up and running at the Apple HQ. As the name shows, we’re dealing with a pair of smart glasses, with a big focus on augmented reality. Till the real product comes we have a concept coming in hot from Germany, courtesy of designer Hasan Kaymak. He envisions a modern design, slimmer than expected and sporting fancy colors.

The product is actually dubbed “Apple Glass” and looks a bit like a smaller snowboard/ski visor. There’s a LiDAR Sensor 4.0 on board, much more evolved than the iPad Pro 2020 one. Apple Glass comes in 5 colors, including a cool rose gold. It has a stainless steel frame and it’s just as slim as regular eyewear. There are sensors on both the left and right side and one’s probably a high end camera and the other is a LiDAR. The device comes in Product RED and Jet Black, aside from silver and rose gold. Then there’s the new lavender blue.

It comes with eye tracking, 3D scanning, AR object visualization, a Night Mode and a special iGlass OS. The frames are a bit beefier than expected, but they hold the bulk of the components. There are 2 sizes for the product and the OS on board looks very much like WatchOS, with a circular/floating cloud of apps approach. When Google Glass first came up, it was supposed to be a replacement for phones, but it was clunky, had poor battery life and overheated.

Also, it was hard no to trip on real life objects when using it. That’s the biggest setback of smart glasses: unifying the real world with the virtual one. Will the Apple Glass do it?

About Kelvin
Passionate about design, especially smartphones, gadgets and tablets. Blogging on this site since 2008 and discovering prototypes and trends before bigshot companies sometimes
OnePlus Community Gets to Draw the Next Phone; Here are a Few Designs   This Xbox is Inspired by the Tesla Cybertruck, because… why not!?