An Apple camera concept doesn’t sound so far fetched nowadays, especially with the Cupertino giant looking for a new direction. Steve Jobs wanted to change the way we use phones, TVs, computers and maybe even cameras. He partly achieved that through the great camera on the iPhone 4S, but there’s room for more evolution. Maybe the iCam Apple camera will take care of that… 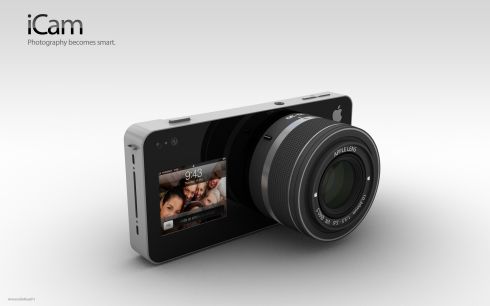 A creation of ADR Studio, this device was shown to us by Antonio de Rosa, creator of many interesting Apple concepts. The iCam comes with an unibody aluminum design, interchangeable Apple lenses, an iMount mounting system and a front touchscreen for self portraits. There’s also an LED flash on board, a front pico projector and a SD UHS-i slot. Siri compatibility is also here, as well as a motion sensor and ISO range from 100 to 3200, extendable to 6400.

The Apple camera concept is capable of full HD 60 fps capture, using a 10.1 megapixel sensor and its specs most likely include Bluetooth and WiFi as well. I suppose that the time between shots is almost non-existent, since even the iPhone 4S beat records and delivered an incredibly fast photo shooting experience. Would you buy this camera? What price range it would fit? 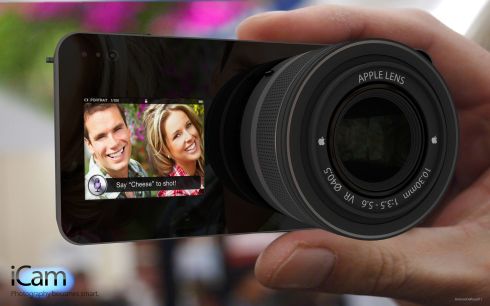 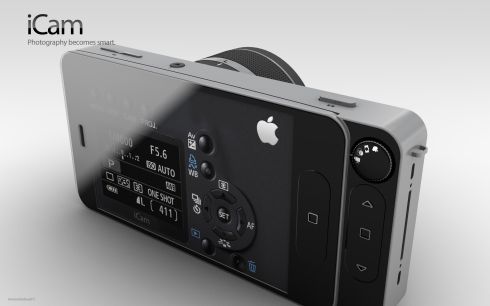 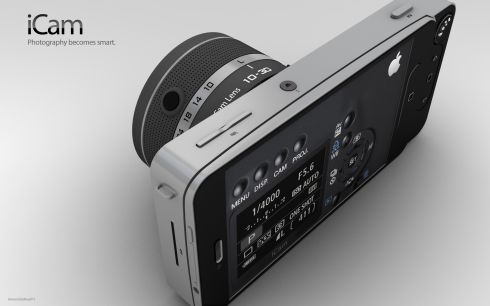 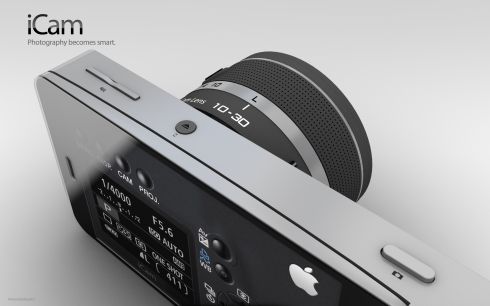 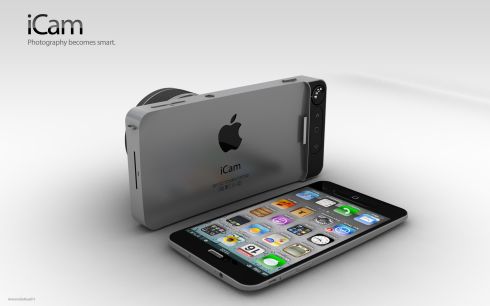