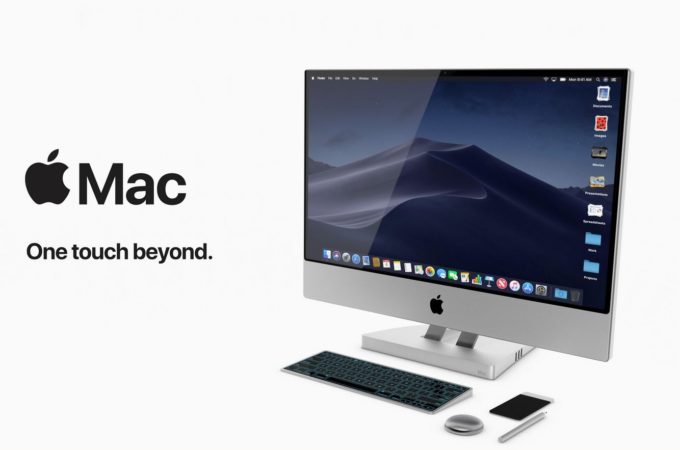 Every once in a while we decide to skip concept phones and focus on a PC or gaming consoles. This time we couldn’t pass on Antonio De Rosa’s nice creation, the Apple Mac Touch, which is a productivity-focused All in One Mac computer. He has a few very nice ideas, as shown below. 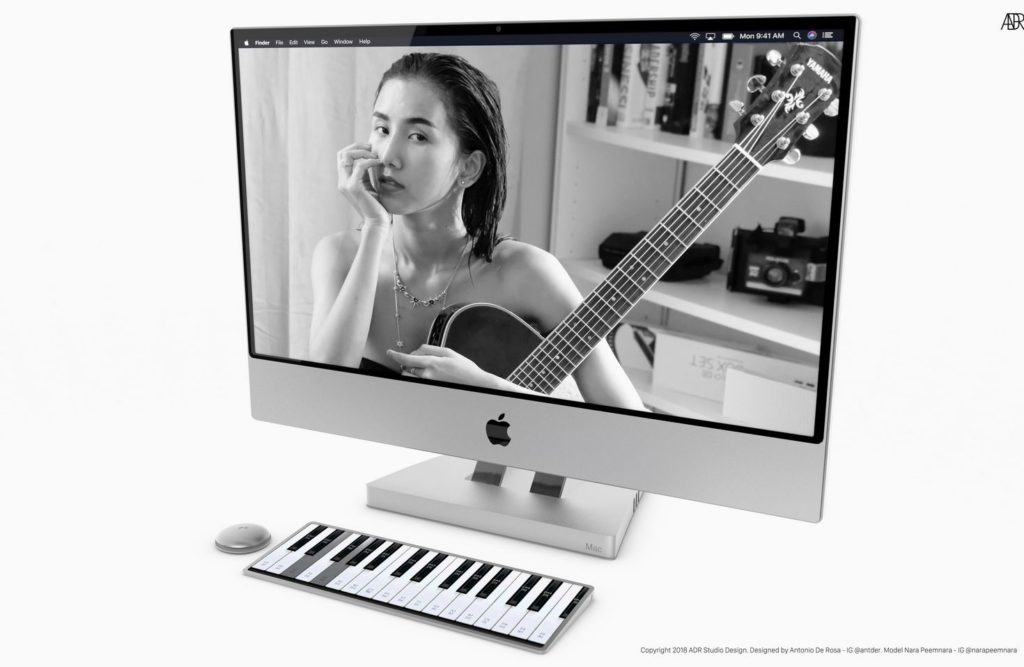 This is clearly meant as a rival for the Microsoft Surface Studio and it even includes that special round thingie, a sort of special editing tool for palettes, colors and magnifying. This Apple product is clad in aluminum and shows off a 27 inch screen supported by one titanium arm. It’s a versatile mechanism, that allows you to bend and rotate the machine, by the way. 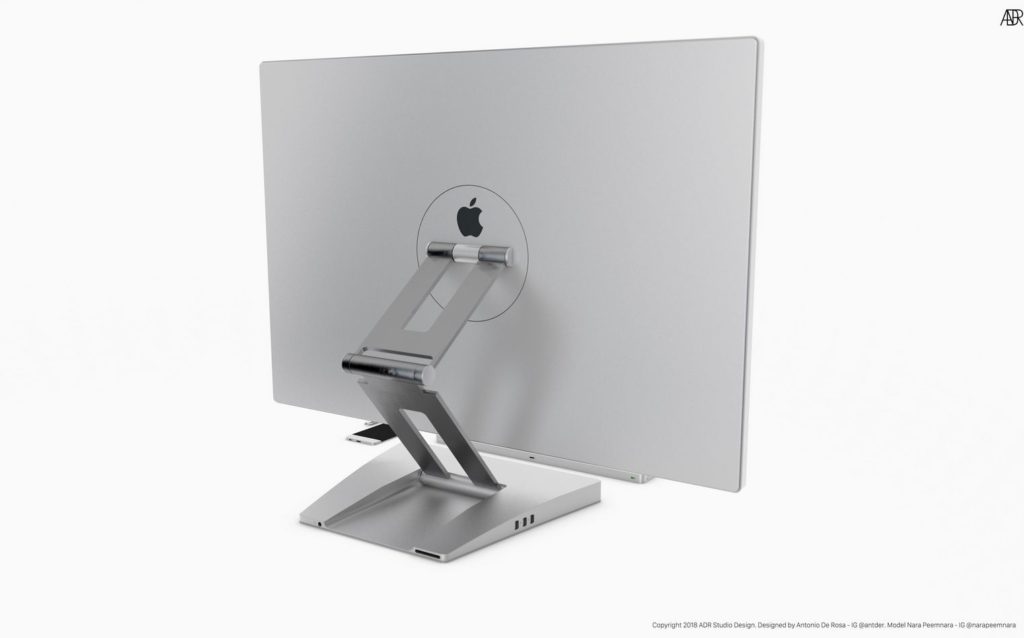 This is a revolving Apple Mac with an adjustable touchscreen. It also brings forth something called the “Apple Touchboard”, a new generation of keyboard, which is both wireless and fretless. The touchscreen can be a keyboard, secondary screen or more and there’s even Touch ID authentication. Antonio De Rosa also envisioned the Apple Touchmouse, which lets you control the device in new ways, plus we also have the Apple Touchpen, with new gestures and touch inputs.

Both accessories charge wirelessly with the Chargepad. An SD card reader is also here, plus 3 Thunderbolt ports, 3 USB 3.0 ports and audio I/O. This would probably cost $3000 or so and I love the way it’s also a throwback to the older iMacs. 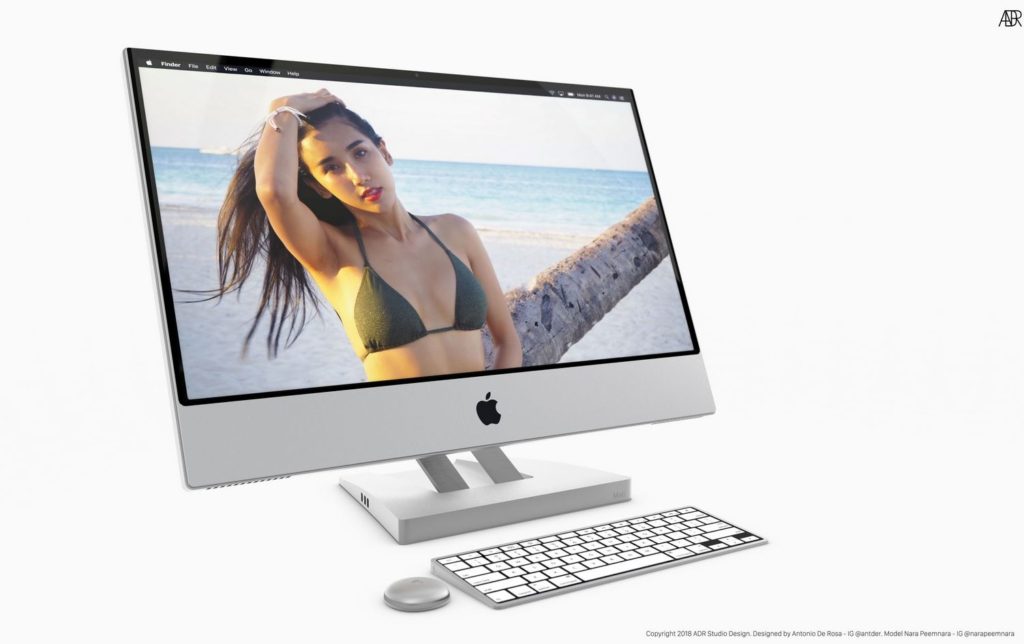 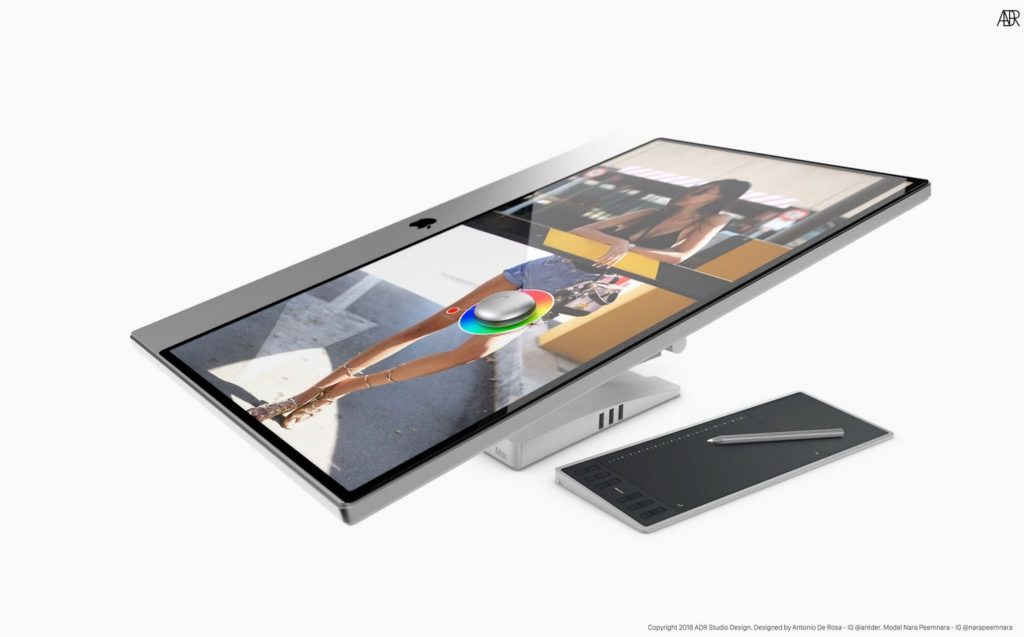 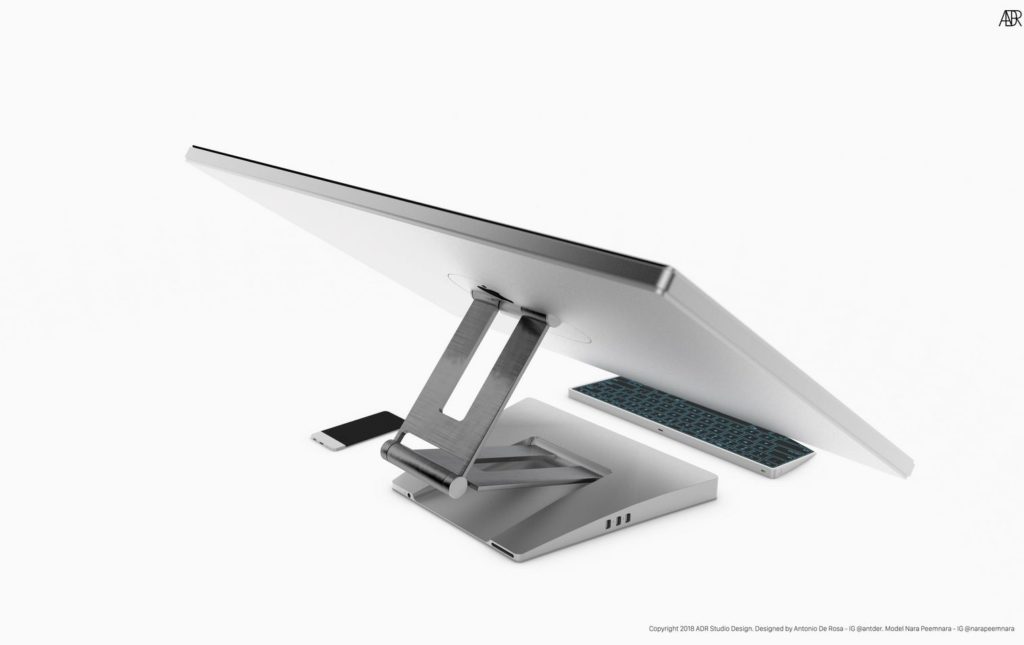 About Kelvin
Passionate about design, especially smartphones, gadgets and tablets. Blogging on this site since 2008 and discovering prototypes and trends before bigshot companies sometimes
Nintendo Phone/ 3DS Phone Gets a Fresh Design   OnePlus 6T Concept Has 3 Back Cameras and a Popup Selfie Cam Too