Concept Creator usually makes smartphone renders, but every once in a while he strays to deliver a tablet, console or watch even. Today he came up with the Apple Watch Series 4, which may well debut this Fall, during the iPhone X Plus unveiling. Let’s check it out. 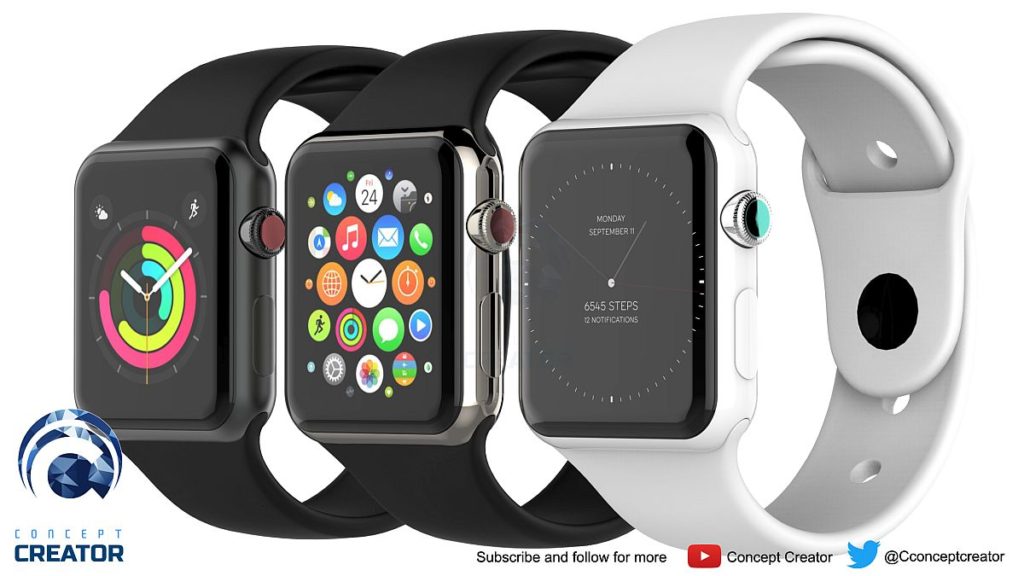 The core of the concept is delivering a smartwatch that has narrower than usual bezels. Rumors also mentioned a bigger diagonals and new input methods. Judging by Apple’s latest patents, they could well assign more roles to the belt, by putting sensors on it for example. Apple Watch Series 4 also gets a video below, rendered in detail by the same designer.

The watch keeps the rotating Crown button and the other physical button, even though we’ve heard rumors that they were both headed the virtual button/capacitive button way. The body is still metal (steel, aluminum) and the belts are still silicon or rubber, maybe even leather. The thing is that the Apple Watch already had a curved front glass panel and cutting its bezels could mean two things: make it even more curved, or make it flatter, so the lesser bezels are more easily noticed. 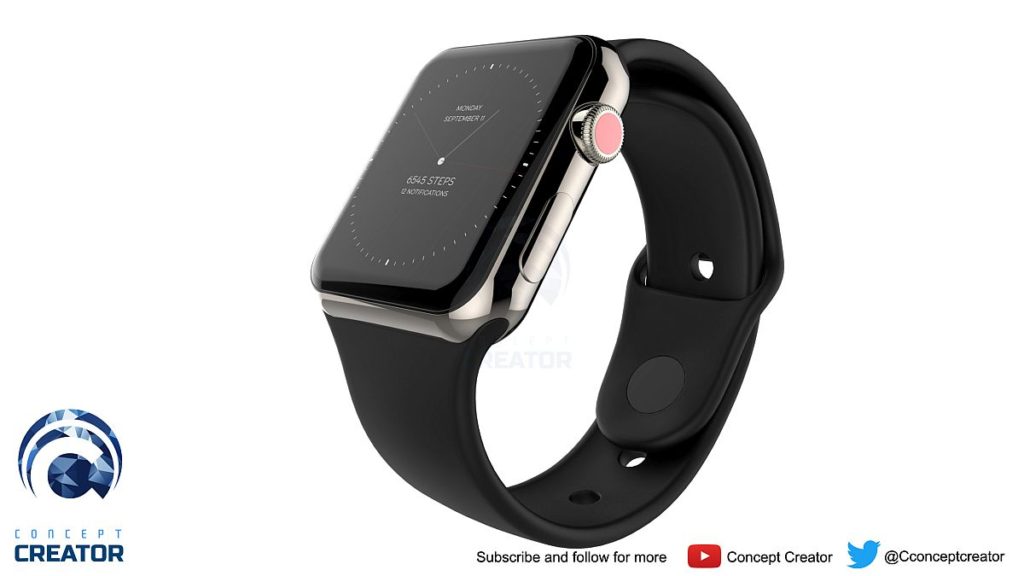 One thing that for sure isn’t going to make it to the Apple Watch Series 4 is the notch. I’m also loving the minimalistic watch faces and pedometer showcased by Concept Creator. By the way, the sensors at the back should be more complex and easily identify potential heart problems, arrhythmia and with a bit of luck even the blood pressure.

In the end you will be hard pressed to tell the difference between this watch and an older Apple Watch, but the screen bezels may give it away.

About Kelvin
Passionate about design, especially smartphones, gadgets and tablets. Blogging on this site since 2008 and discovering prototypes and trends before bigshot companies sometimes
Samsung Galaxy S10 Gets the Ben Geskin Treatment, Has Triple Camera, in Display Sensor   Xiaomi Mi 9 Gets Video Introduction: Triple Camera, Pop Out Camera, Craziness