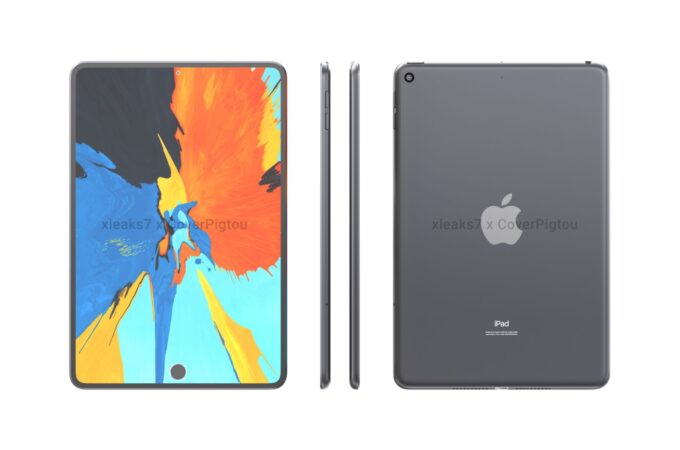 As it turns out all the rumors about the iPad Mini 6 were wrong and it’s not about to become an iPad Air 4 Mini, as rumored. According to a new leak from xLeaks 7 and CoverPigtou the classic, old school format will be kept and we have both dummy pictures and a video to prove it.

Well, I shouldn’t exactly say “dummy”, but rather a 3D printed mold of the device, based on accurate leaks. The device is now rumored to come either this Spring, or in the Fall, with the iPhone 13. Or maybe we get a taste at WWDC 2021 in early June. We could even get a 5G version of it and judging by the cutouts we have a singular back camera and also a Touch ID-packing Home button. The device seems pretty slim, easy to handle and honestly I can’t see any changes in bezel size or even diagonal.

It’s probably once again a 7.9 incher. Going at this rate, the mini LED panel is not likely and we’ll probably stick to LCD. I also expect a Lightning port, 4 or 6 GB of RAM, maybe some MagSafe action and perhaps a smaller version of the Magic Keyboard for it. An Apple A14 CPU would be nice to see, plus some Apple Pencil support. What do you make of this leak? The only good thing about it is that price has no reason to go up.

About Kelvin
Passionate about design, especially smartphones, gadgets and tablets. Blogging on this site since 2008 and discovering prototypes and trends before bigshot companies sometimes
Samsung Galaxy Tab Foldable Tablet Pops Up in Patent and Renders   Xiaomi Mi 11 Flip is a Clamshell Foldable Phone That’s Very Sharp