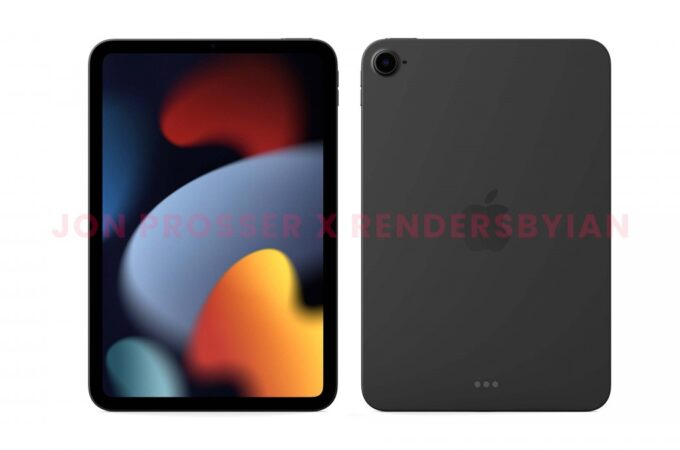 This week was all about the Apple WWDC 2021 event, but now it’s time to start looking forward… towards the next big thing from Apple. Turns out that the Fall will not only bring us a new iPhone, iPhone 13, but also a new iPad Mini. iPad Mini 6 is finally expected to bring a design change, the first one for about half a decade or more.

The new iPad Mini is said to adopt the iPad Air 2020 design, at least according to the leaks you can see here. It also takes some cues from iPad Pros. Flat edges are definitely iPhone 12 inspired and it gets rid of the Home button with Touch ID, placing the fingerprint sensor into the Power button, probably one placed at the top. It’s important to mention that these aren’t leaked renders, but instead they’re made by a source who got to see both schematics/CAD files and also hands on pictures.

The source had to be protected, so those haven’t been shown. The new iPad Mini has the following measurements: 206.3 x 137.8 x 6.1 mm. This means that the thickness is the same as the one of the model before. The Power button is more elongated and the device comes with much more powerful speakers, compared to the predecessors (finally). The Lightning connector has been replaced by an USB-C port, also an expected move. Sources claim that the iPad Mini 2021 will come in silver, black and gold.

It should also have an Apple A14 processor inside, a 5G version and it’s also supposed to get an Apple Pencil 3, smaller than the average Apple Pencil.

via frontpagetech and Jon Prosser

About Kelvin
Passionate about design, especially smartphones, gadgets and tablets. Blogging on this site since 2008 and discovering prototypes and trends before bigshot companies sometimes
Huawei P50 Pro Dropping This Summer, New Detailed Renders are In   Honor 50 Leaked in Multiple Renders, Specs