After so many leaks of the iPhone 6 and iPad Air 2, we’ve basically forgotten about the iPad Pro, real or not. Today we get back to that device, thanks to a render created by Vishal Bhanushali. He envisions the iPad Pro as an 11 inch Retina Display model, with iOS 8 with special Pro features. 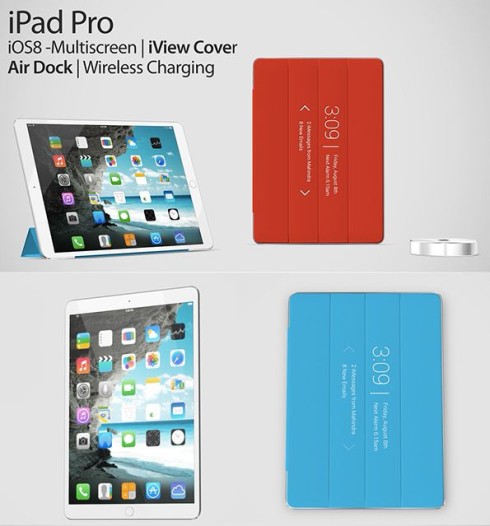 The iPad Pro shown here has a special Cover that shows you the important notifications and information without having to open it, much like the Dot View from HTC, but without the pixelation. This tablet concept features a 11.3 inch display with a 2700 x 2025 pixel resolution, iOS 8 in a Pro version with special business/productivity features. The tablet is a bit wider than your usual iPad and it comes with multiscreen features, allowing you to divide the screen in two and work with two apps at the same time. 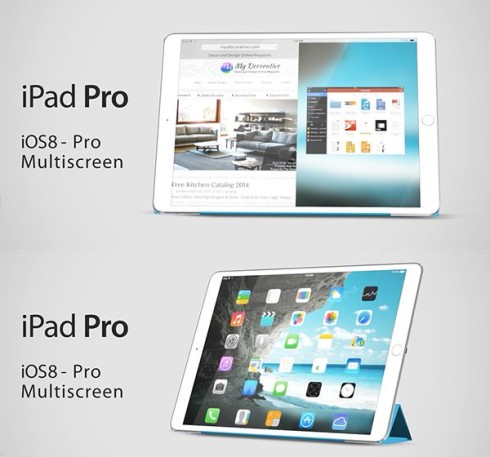 There’s also an Air Dock shown in the video below, a wireless charging station for the iPad Pro, that removes the need for wires. With all of these goodies and probably solid hardware, including 2 or 3 GB of RAM, a 64 bit CPU and more, is the iPad Pro ready to replace a MacBook? 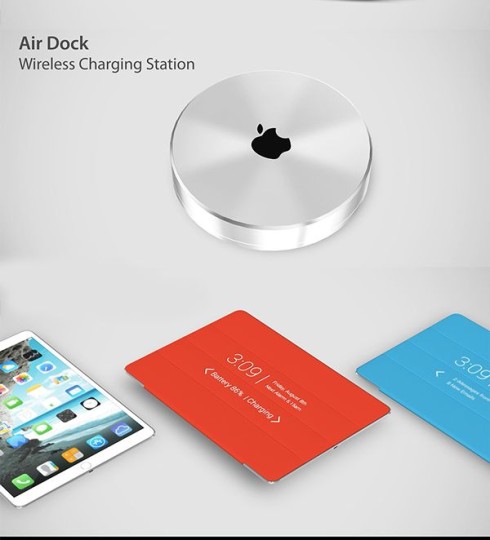 About Kelvin
Passionate about design, especially smartphones, gadgets and tablets. Blogging on this site since 2008 and discovering prototypes and trends before bigshot companies sometimes
Samsung Galaxy Note 4 Gets Renders to Match the Leaks, Courtesy of Jermaine Smit   HTC One M9 Gets Designed by Hasan Kaymak Again; Here’s a 3D Render (Video)