iPhone 13 Gets Leaked in Product RED 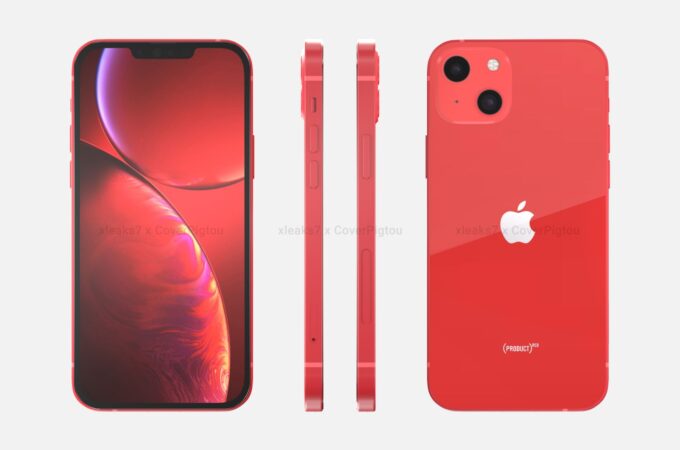 I feel it’s been too long since the last iPhone 13 leak, but we’re back with a new set of renders. This time they come from people in the know, CoverPigtou and Xleaks7, who got hold of the device’s specs and dimensions and turned them into renders, in Product RED color choice.

While we will have an Apple event on April 20, that one will be all about iPads, potentially AR and iOS 14.5. The iPhone 13 series will come in the Fall. As Apple just returned to the flat bezels with iPhone 12 in 2020, it’s very likely to keep the same approach, similar to the iPhone 5S. Bezels don’t decrease and we can already see a notch which is smaller. The overall dimensions of the device shown here are 146.6 x 71.5 x 7.56 mm, as revealed by previously leaked renders.

Apple also seems to have changed the way the back cameras are integrated, preferring a diagonal approach in lieu of a vertical one. We also see a speaker grille in the top bezel and the typical side buttons. No idea if the Lightning port has been cut, but with iTunes dead and charger not bundled it makes sense. Expect a $700 starting price, plus a LTPO display with 120 Hz adaptive refresh rate this time around. Hopefully battery life gets better compared to the iPhone 12.

People have also been throwing around the name iPhone 12s, as Americans are afraid of the bad luck that 13 brings. Sounds pretty legit for me.

About Kelvin
Passionate about design, especially smartphones, gadgets and tablets. Blogging on this site since 2008 and discovering prototypes and trends before bigshot companies sometimes
Apple iPhone VR Ticks All the Right Boxes (Antonio De Rosa Concept)   Samsung Galaxy S21 FE Takes a Page From the Galaxy A52, A72 Book