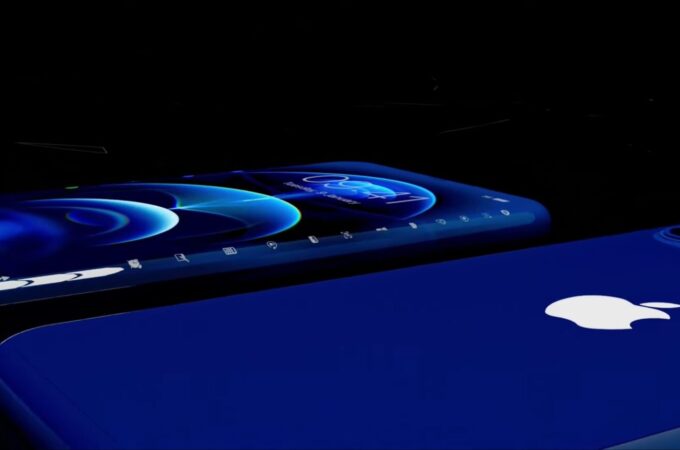 The first real wraparound screen phone was the Xiaomi Mi Mix Alpha, but ever since then the term “wraparound” was thrown around loosely. Even the iPhone 13 concept shown below uses it, although the screen doesn’t exactly wrap around the whole body. We have more details after the break.

Now, Jony Ive and Steve Jobs never made it a secret that they aspired to create a phone that was completely made of glass, no buttons, no ports and also very curved. There are patents for such a device, but we never saw a commercial one. Apple only tried to remove the audio jack so far and we keep hearing they’ll get rid of the Lightning port too. They may even get rid of the Power and Volume buttons, opting for a completely touch-based and wireless experience.

That’s exactly what this iPhone 13 concept banks on, rendered by ConceptsiPhone with its expanded screen. Basically it expands the idea of the Huawei Mate 30 Pro and Motorola Edge with a screen that curves even more. It goes onto the sides, top and bottom of the phone, engulfing them. The facade, sides, top and bottom are all part of the screen. They’re showing notifications and icons and provide input areas. There are multiple problems that arise here: no physical buttons and the virtual ones may be hit and miss and also no visible port.

The notch is gone and it’s now replace with a minor cutout for the earpiece. Also, I feel that having so much glass would make the phone prone to be slippery like a bar of soap. We also get a second part of the concept video below, showing us a potential design for the iPhone 13 Pro. That one keeps the notch, makes it narrower and also gets a total of 5 back cameras.

About Kelvin
Passionate about design, especially smartphones, gadgets and tablets. Blogging on this site since 2008 and discovering prototypes and trends before bigshot companies sometimes
Samsung Galaxy A32 5G Rendered by OnLeaks, Has a Massive Size   Sell Samsung Galaxy S8 Before It Develops an Image Burn