iPhone 6 Version is Thinner, Lighter, Made of Metal

We’re back with an iPhone 6 concept that seems rather based on the budget iPhone leaks than on the previous rumors. This is a metallic phone, with an ultraslim case and it’s also very, very light. 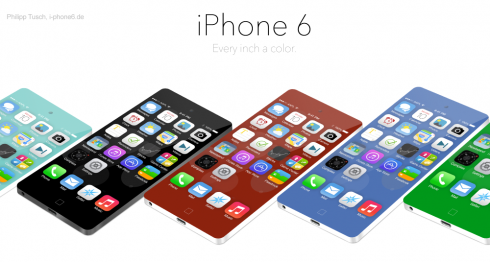 Designer Philipp Tusch is behind this project and I like the minimalistic look of the iPhone 6 and its discrete lower side, with the minimum space occupied by the ports. The device is shown in multiple colors and has a background adapted to the look of the device. The volume buttons on the side are also minimalistic and most likely touch buttons.

The handset comes with an edge to edge 4.5 inch display, a glowing Apple logo and a touch sensitive Home button. We’ve got a bunch of brand new app icons and iOS 7 with its controversial look included here. I’m not sure if the stock icons are present here, or the designer decided to customize some… What do you think about this metallic piece of wonder?