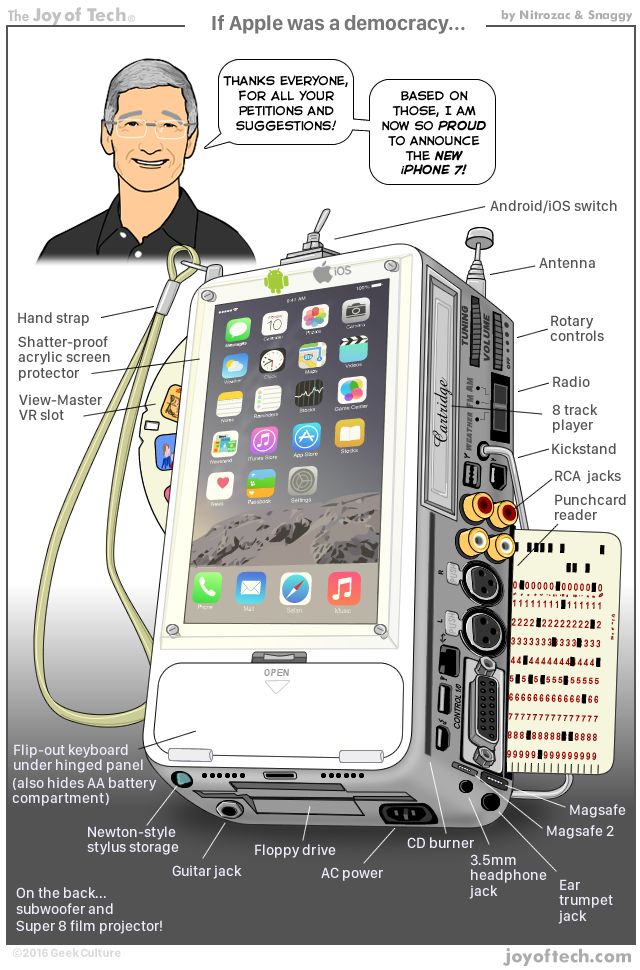 At some point during the many interviews with Steve Jobs, he said he doesn’t care about marketing and studies, because he knows better than the consumer what the consumer wants. This strategy also seems to apply under Tim Cook’s rule, but what if Apple actually listened to its fans? This is what would happen: 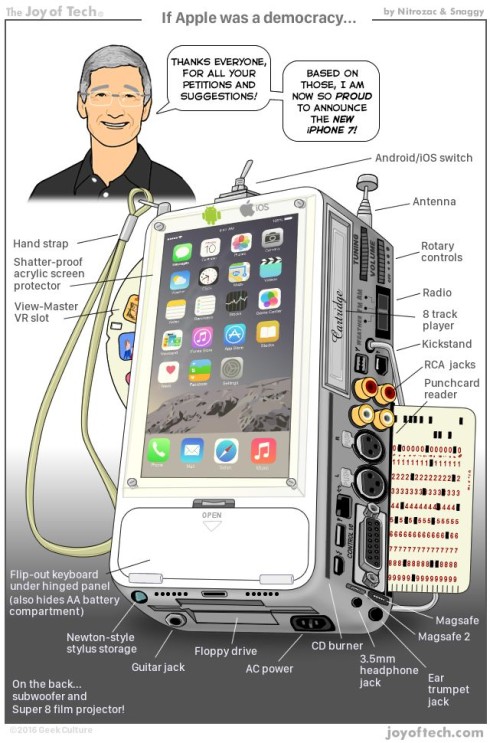 This humorous parody render is created by Joy of Tech and includes every potential feature one would dream of on the iPhone 7. It’s been viral over the past days, so I’m sure you’ve seen it. This model has everything, from the hand strap, to the shatter proof acrylic screen protector and even a crazy View Master VR slot, whatever that is.

The Android/iOS switch is the ultimate kitsch and the pull out antenna has no purpose whatsoever. Some of the technologies included here seem antique, like the rotary controls, 8track player, RCA jacks and of course the punchcard reader. And don’t get me started on the huge amount of ports. The floppy drive and CD burner are also a tongue in cheek statement and of course at the back there are other goodies like a subwoofer and Super 8 film projector.

But does it make fries?

About Kelvin
Passionate about design, especially smartphones, gadgets and tablets. Blogging on this site since 2008 and discovering prototypes and trends before bigshot companies sometimes
Delta V is a Hybrid Energy Phone, That Relies on Solar Power and Piezoelectricity   ZTE Nubia Z11 Gets Leaked With Dual Camera and No Bezels