We have heard of an iPhone nano or two, but how about we take the idea down a notch and get the iPhone Capsule? This mini iPhone is created by the same Andro Gama that brought you yesterday’s Sony Ericsson Xperia tablet. This Apple concept measures a mere 4.89 x 10.1 x 1.35 cm and weighs 87 grams. 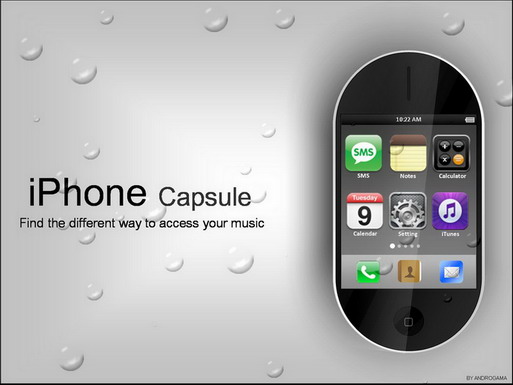 Its specifications include a 2.4 inch AMOLED capacitive touchscreen, that’s protected against dust, fingerprints, water and scratches. There’s also a 3.2 megapixel camera on board with support for video recording of up to 30 fps in VGA model. You can control the iPhone Capsule by shaking it, with features such as turning on or off music, changing the tune and volume being available through such gestures.

The handset comes with a stainless steel frame and supports 3D stereo sound provided by the headset it comes with. As far as connectivity goes, you’ve got 3G, HSDPA and WiFi, plus Bluetooth and USB. A simplified iOS is also included, as seen here and the front side of this mini iPhone really reminds me of an older Nokia model, a fashion one that belonged to the L’amour series. Does anyone else remember that? 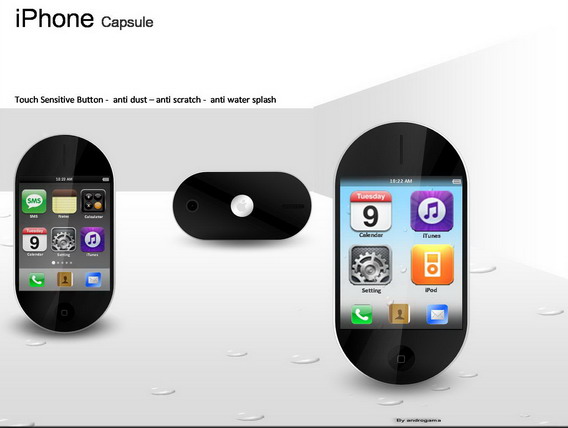 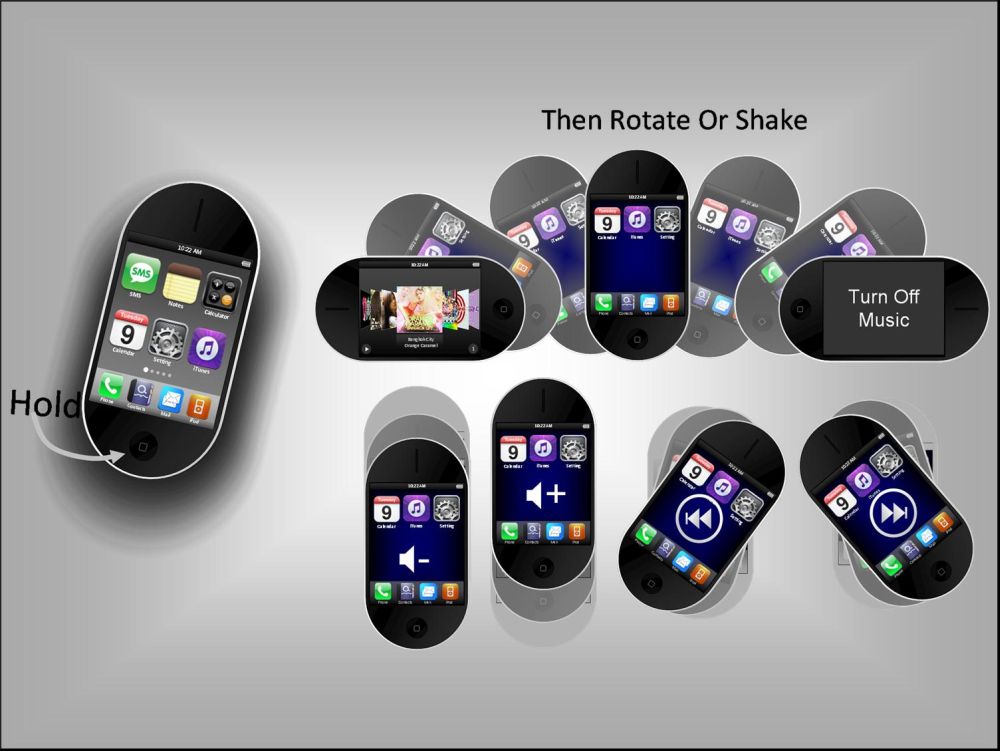