The folks of ilounge have held an iPhone Concept Contest at some point and what they got were some pretty neat designs from folks who envisioned their own version of the future iPhones. We’ve stumbled upon the iPhone Gesture concept phone, a device with two more touch-sensitive areas, when compared to the original Apple handset. 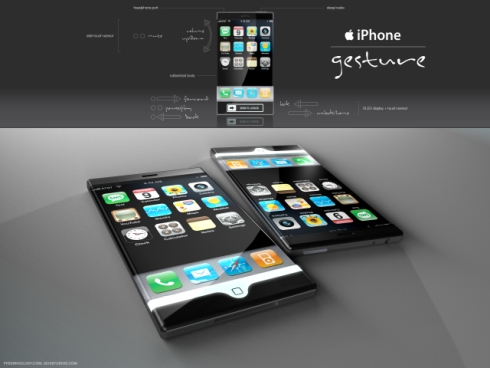 This is a gesture-enabled device that replaces the Home Button with a touch-sensitive area, placed beneath the phone’s OLED display. The gestures that control the iPhone invoke “meta” functions and will allow you to cut/copy/paste, lock the phone, control the music, change settings or activate the “flashlight” feature.

What do you say about this iPhone concept, created by Mike Manzano?