Dallas Bradshaw sent us some pictures of an iPhone Mini concept, so after we’ve shown you some designs of this device, we’re back with yet another one. The creator of the phone promises the same screen ratio as the iPhone or a screen that’s much smaller. I can’t help but think this looks like an iPhone trapped inside the body of a Lumia phone… 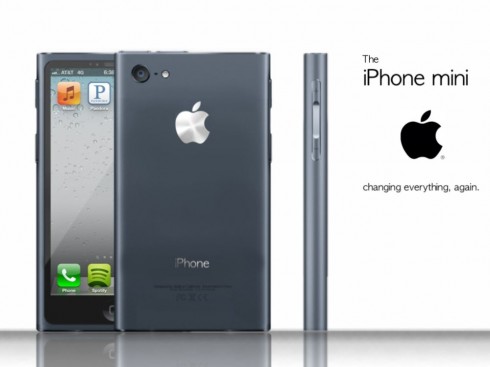 Anyway, this iPhone Mini features a dual core Apple A7 processor with quad core graphics, a Retina Display and 16, 32 or 64 GB of storage. It also has wireless charging, fingerprint authentication and iOS 7. Siri is finally out of beta and available in full, plus Bluetooth 4.0, NFC and extended battery, good enough for 11 hours of talk time or 11 hours of LTE browsing. The device also offers 15 hours of WiFi browsing. There’s also a feature called iList, that’s activated with the double click of the lock button.

It shows all your messages, emails, missed calls and other notifications with a press. At the back of the iPhone Mini we’ve got an 8 megapixel iSight camera with 1080p recording, while upfront there’s a 5 MP camera with FaceTime and also with Full HD recording. What do you make of this concept?