Who other than Bob Freking can combine the flagships of Microsoft, Google and Apple into a single interesting device, dubbed the iSurface Nexus. Although this is sort of a sacrilege in the modern world, he did it and for now we can only show you a teaser of what’s coming in the following days. 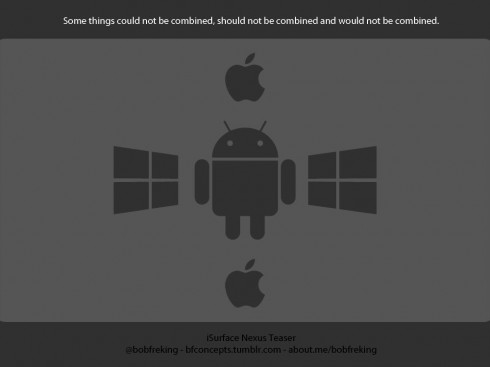 As shown in the screenshot below we seem to be dealing with an UI that uses both the Google Search widget, big Windows Phone tiles, Xbox Live services and the iPhone dock area at the bottom. And at the very button we have some other Android elements, the Back and Home buttons. This concept may prove to be too much for some people, so please take it lightly. It will probably never happen, as Microsoft, Google and Apple will always compete, although the Cupertino giant and MS were friends in the past.

So, can you guess the specs of this upcoming smartphone and what elements it will be getting from each maker? I can bet that Apple lends the Retina Display and Microsoft can offer the cool Surface case. 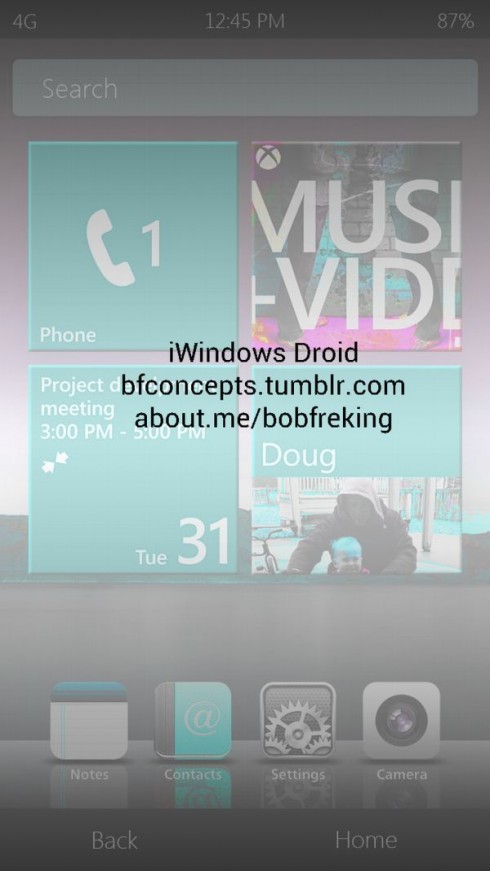