iWatch Design by Tomas Moyano Goes Beyond the Circle

Usually when trying to create an iWatch a designer starts with a circular pattern and doesn’t go very far from that. Designer Tomas Moyano from Argentina took the idea and made it a bit more evolved, giving birth to this original Apple iWatch concept: 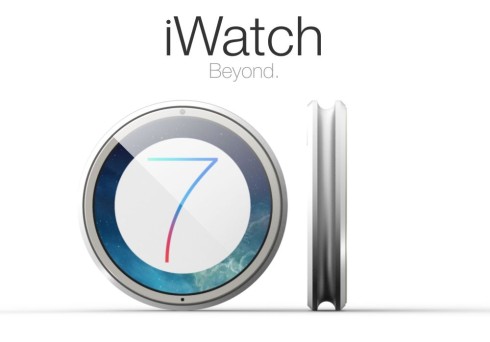 This Apple smartwatch measures 7.4 mm in thickness and packs a 1.4 inch display. It doesn’t include physical buttons, microphones or speakers, trying to keep everything minimalistic. This is supposed to be a truly wearable device, that’s solid, compact and submergible in water without problems. It also can take a rock hit and a dust covering. The iWatch has a circular cavity on its body, that makes it very simple to attach all sorts of bands and belts. 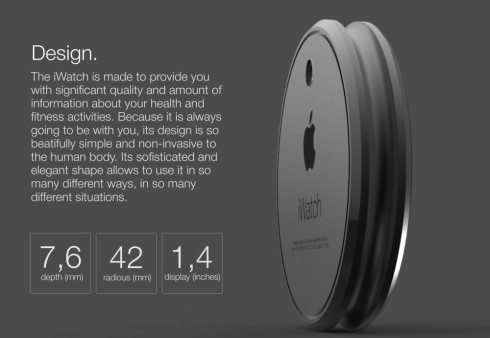 This iWatch features an aluminum unibody design and does wireless charging via induction technology. It also features solar charging micro panels under the display, that provide an extra charging source. iOS 7 runs here in a lite version and we’ve got a special micro optical Home button included.  iOS 7 is controlled via gestures by the way, as are its apps. 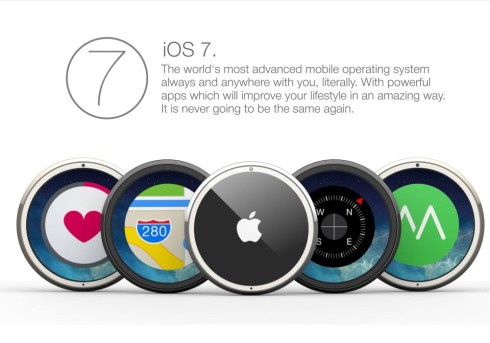 The device syncs with your iPad or iPhone and its features include an Apple A6 CPU, a M7 Motion coprocessor, a front iSight 1.2 MP camera and WiFi. It can also measure your body temperature, has a compass and GPS, pedometer, pulse meter and a screen with a resolution of 200 x 200 pixels. It comes in 8 or 16 GB versions. Who’s buying one? 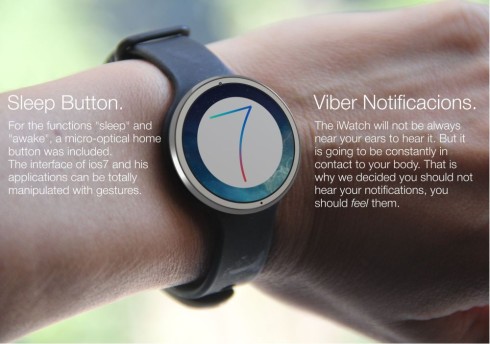 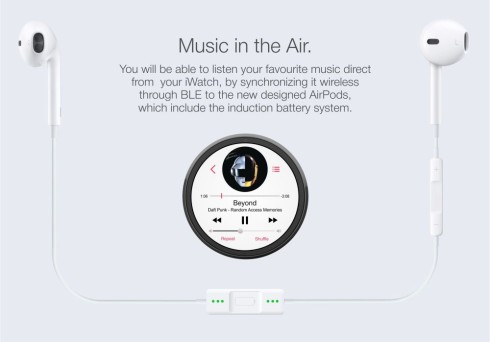 About Kelvin
Passionate about design, especially smartphones, gadgets and tablets. Blogging on this site since 2008 and discovering prototypes and trends before bigshot companies sometimes
Nexus 6 is Back from the Same @Sirkdow   Yahoo Phone With Android 4.4 Mockup Envisioned