We’ve shown you tons of Apple concepts lately, most of them being futuristic iPhones or netbooks that have what it takes to make it to the market. This time, we’ve come across a MacBook concept, designed by Tommaso Gecchelin and bearing the name of MacBook Touch. This tablet-like PC is malleable and it relies on flexible OLED technology.

The device is based on a technology called iSpine, resembling the spine of a book, in order to avoid screen compression. Thus, the display will be able to sit in multiple positions, while the laptop is in use. For example, you’ll be using a normal laptop with a display and touchscreen keyboard, passing to a widescreen canvas afterwards, if you want to draw or watch movies.

Another interesting idea is the implementation of the power, mini display and USB ports on a “Magic Dock”, that’s been created as an exterior component, that you’ll see in the one of the images below. 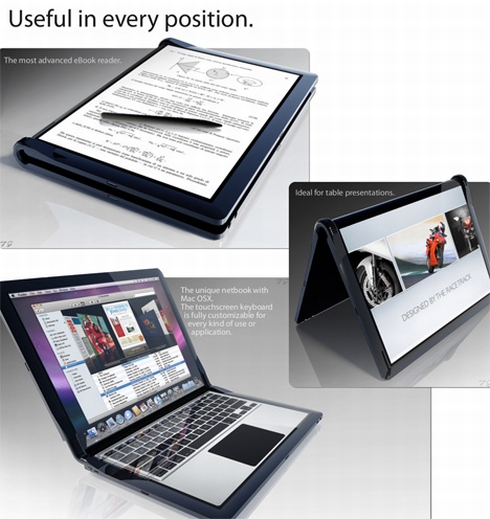 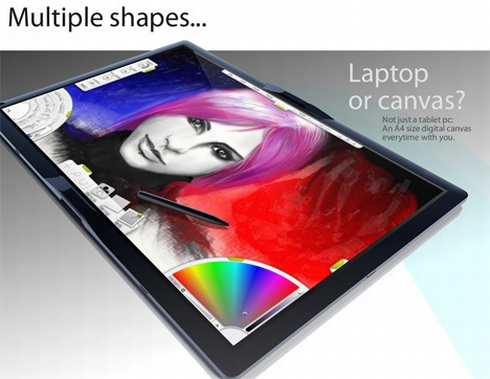 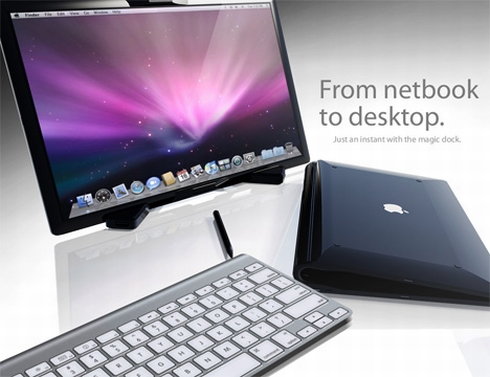 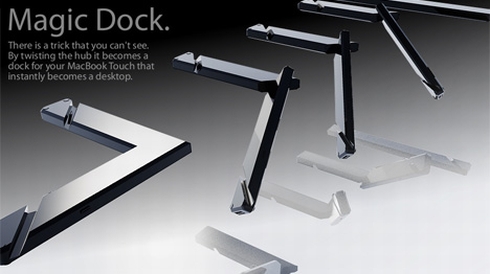 About Thrystan
PlayStation Portable 2, Sketch Version of the PSP Go!?   Apple Netbook Concept Created by Adam Benton, Adds a Lot of iPhone In the Mix