The Apple iPad should be real in less than two days, but till its debut we feast our eyes with one more tablet concept, the Macview, created by Patrycjusz Brzezinski. This original device doesn’t feature a QWERTY keyboard, but it uses two touchscreen displays, one of them serving as the virtual keyboard. 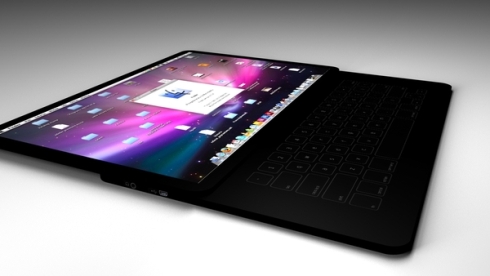 Based on Mac OS X, this Apple Tablet is very slim, with a 7mm waistline and we learn that Macview also comes with a battery able to last 10 hours, 1TB SSD memory and 4GB RAM. WiFi and Bluetooth are also supported, as well as Ebooks, video playback and a 1152 x 720 pixel resolution.

Safari will be the browser of choice on this supposed iPad and if you’re wondering about size, the product measures 24 x 15.6 cm. I haven’t seen the real Apple device just yet, but if we were to believe the leaks online, this concept is far better than the real thing. 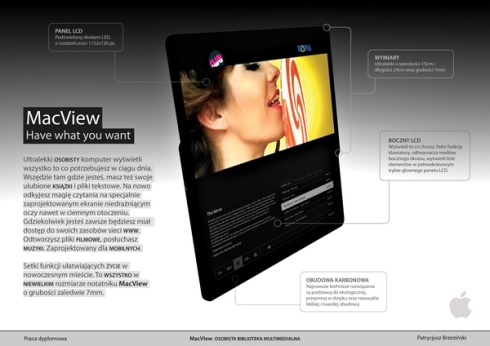 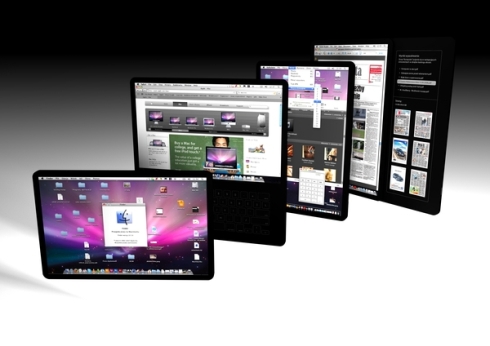 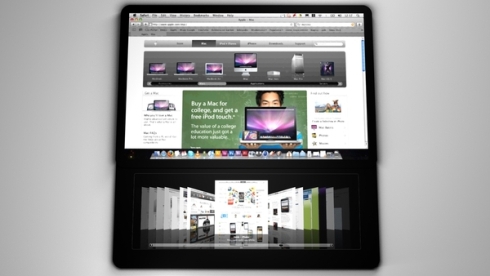 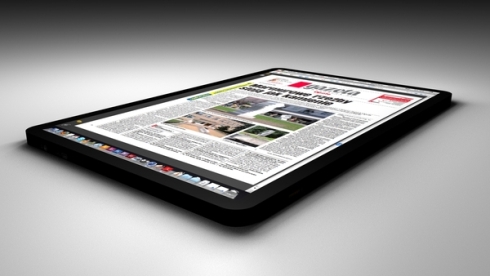 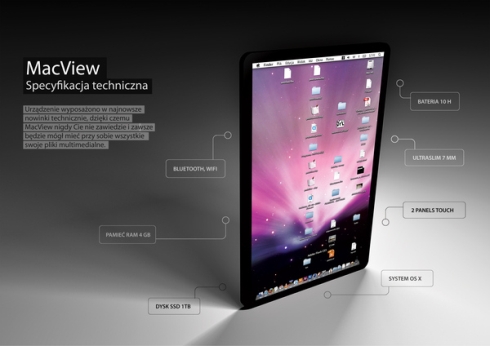