We’ve just found out that there’s going to be another OLPC generation, the XO-2, getting launched in 2010, at a $75 price tag. But that’s no reason to stop us from imagining an even smaller, lighter and more portable device, with a tendency of becoming a smartphone, rather than a mini-notebook. 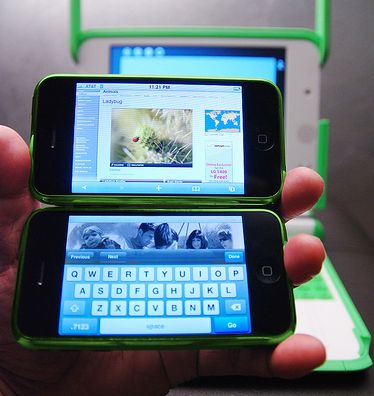 Great concept shown above, although it’s clear that we’re dealing with 2 joint iPhone devices. OLPC XO-2 Nano? Could be, but that will turn into a rather thick device. The Apple folks might be drawing some conclusions from such simple mockups.