The following iPhone 6 concept design was published by ConceptsiPhone and it’s actually a very realistic piece of work. We’re dealing with a brand new smartphone with a single piece anodized aluminum case and a curved back. iOS 8 is integrated within the experience and it’s all demoed in a 4K video. 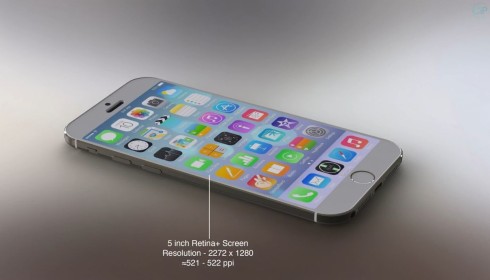 There are antenna breaks at the top and bottom of the device, like on the HTC One and this iPhone 6 brings a 5 inch Retina Plus screen with a 2272 x 1280 pixel resolution. There’s a Lightning port here and dual stereo speakers at the bottom plus the Home button/Touch ID combo of the previous handset. The volume buttons are elongated and seem metallic and we also get an infrared blaster on this iPhone 6 render. 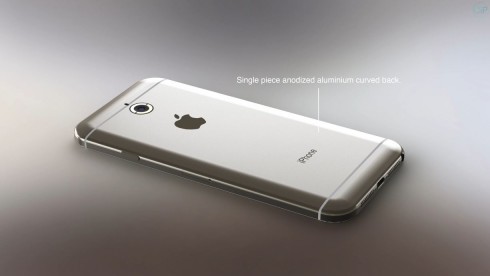 The device actually incorporates landscape speakers and a 5 megapixel FaceTime camera with 1080p video recording. At the back there’s an iSight camera with 13 MP resolution and 4K video recording, as well as 240 FPS 1080p slow motion capture. There’s also a brand new flash, with two semicircular two tone LED flash. In the video below, there’s also a comparison between the iPhone 5s, the iPhone 6 and the Galaxy S5, showing us just how big the evolution is.

And by the way, this video below is a 4K one, so all the more impressive: 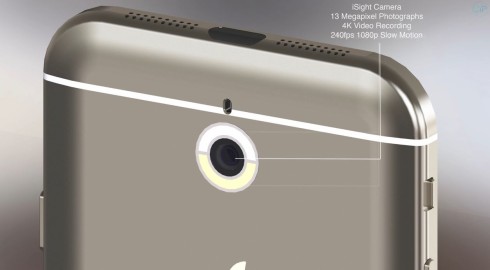 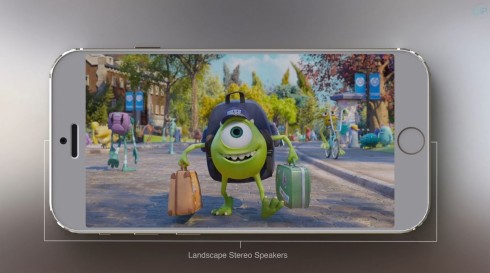 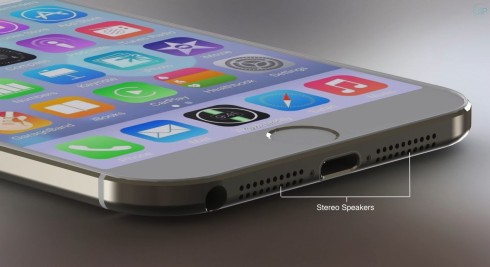