The iPhone Tau Looks Like a Phone Kidnapped by Aliens 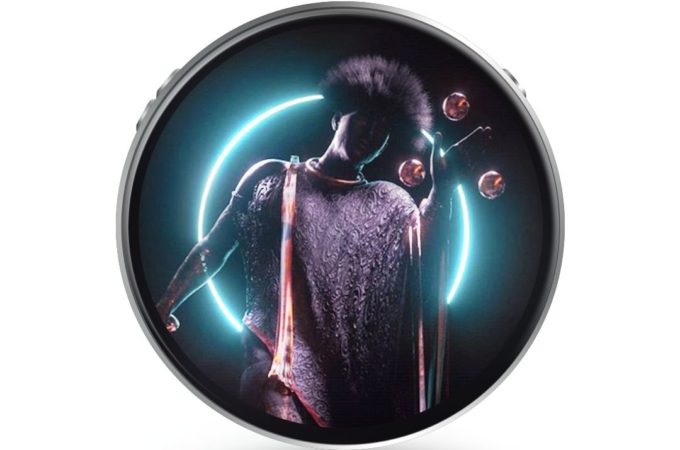 Designer Chike Newman has created a few original iPhone concepts, including one inspired by an iMac at some point. Now he’s back with the iPhone Tau, which can only be described as the “iPhone that was kidnapped by aliens”. 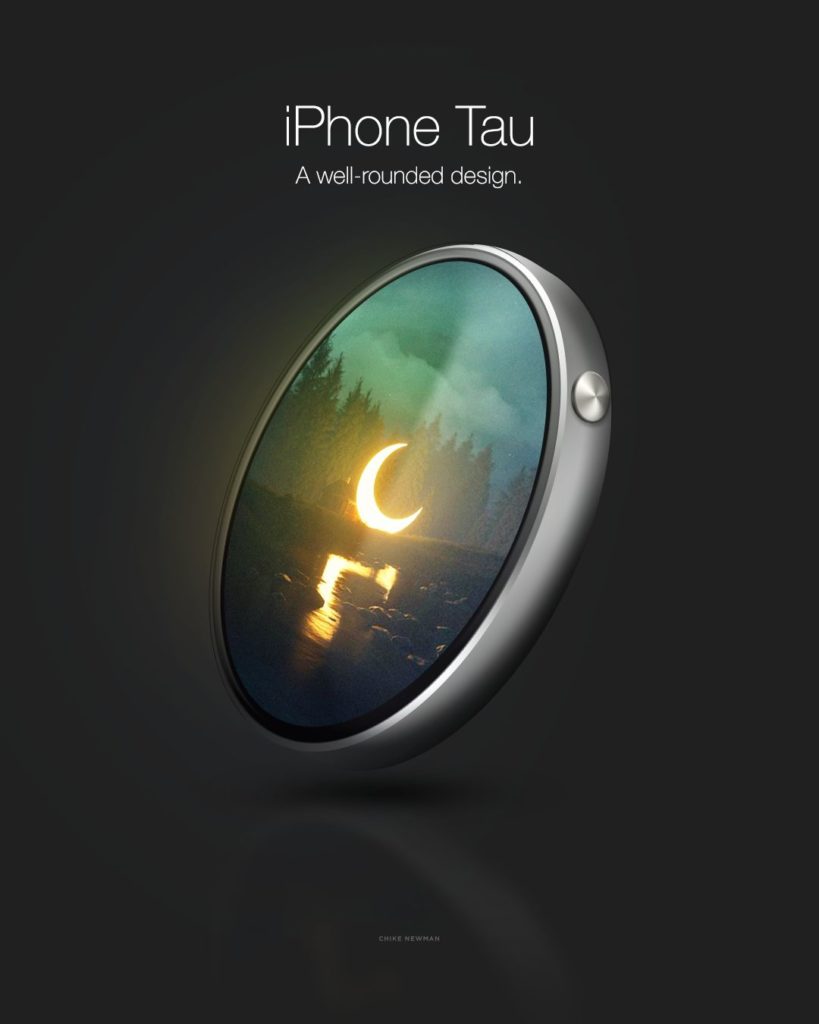 And not the friendly aliens from “Paul” with Seth Rogen, but rather the creepy and evil ones from “American Horror Story: Ayslum”. The idea of a circular phone has been thrown around a decade ago, but also abandoned rather fast. People were afraid of it looking too much like an antique pocket watch. The device may be circular, but it does keep the three back cameras and even gets the new rumored Apple logo that lights up. 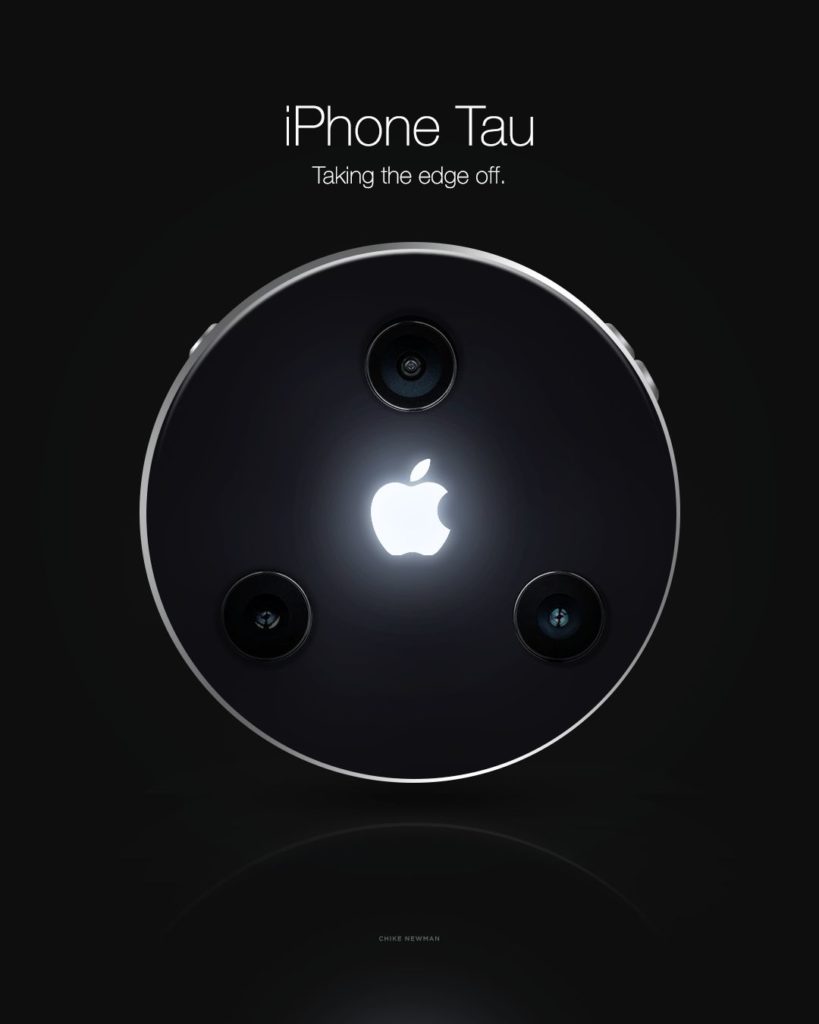 It has just 3 round buttons and seems to be made of metal. It’s definitely something else and I can already see a problem: you will definitely put fingers in front of those cameras. This would work nicely like a music or video player, maybe a watch strapped to a belt and maybe also like a third phone. As the main phone? Not very sure, but it depends very much on the diagonal…

About Kelvin
Passionate about design, especially smartphones, gadgets and tablets. Blogging on this site since 2008 and discovering prototypes and trends before bigshot companies sometimes
OnePlus 8 Pro Is Definitely a Thing Now, Leaked by @OnLeaks With Punch Hole Camera   Xiaomi Mi MIX Alpha 2 Becomes a Scroll and Expandable Phone in This Video Trailer