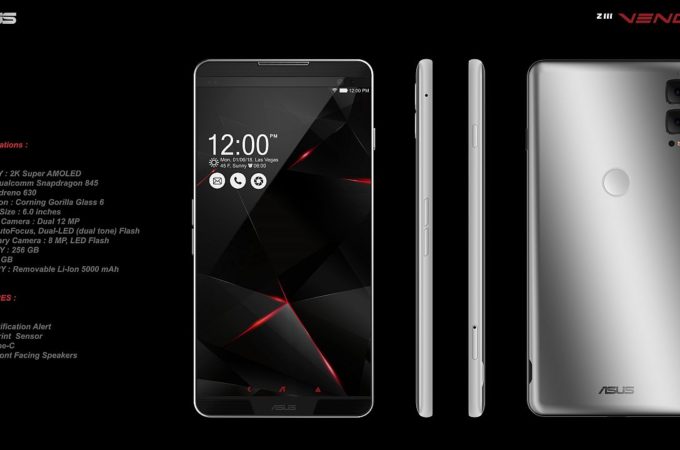 If there’s one company that should be making gaming phones, that’s certainly ASUS, since they have so much experience with the ROG products. And we also have a designer that fancies the brand and has created quite a few gaming phones so far. It’s Mladen Milic, who is back with the interesting ASUS Z3 Venom, picture and detailed below. 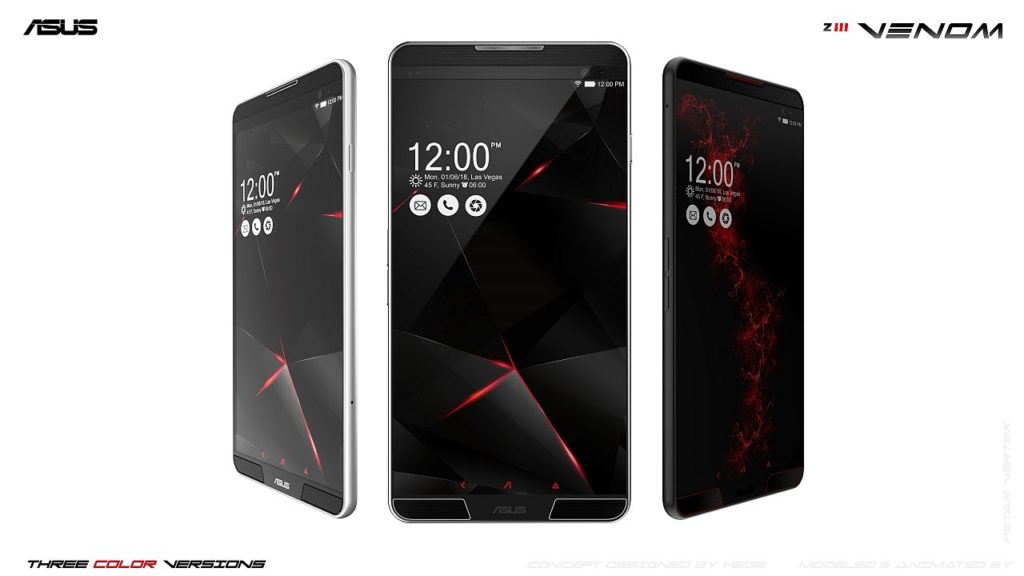 This device is the upgraded version of the ASUS ZII Poseidon concept phone, which we covered a while back. This is a handset for extreme gamers and it comes with high end specs and kickass acoustics, that include 4 front firing speakers, for ultimate gaming and video. ASUS Z3 Venom packs a Quad HD Super AMOLED 6 inch screen, plus a Qualcomm Snapdragon 845 processor and Adreno 630 GPU.

There’s 8 GB of RAM in the mix and a 5000 mAh battery. We’ve seen ASUS pull off tricks like this before, so don’t be surprised if that beefy battery makes it into a slim body. There are 3 models for the device, apparently and the handset comes with an anti dust mesh grill in the black and gray version, with a red, black and silver frame around the speakers. 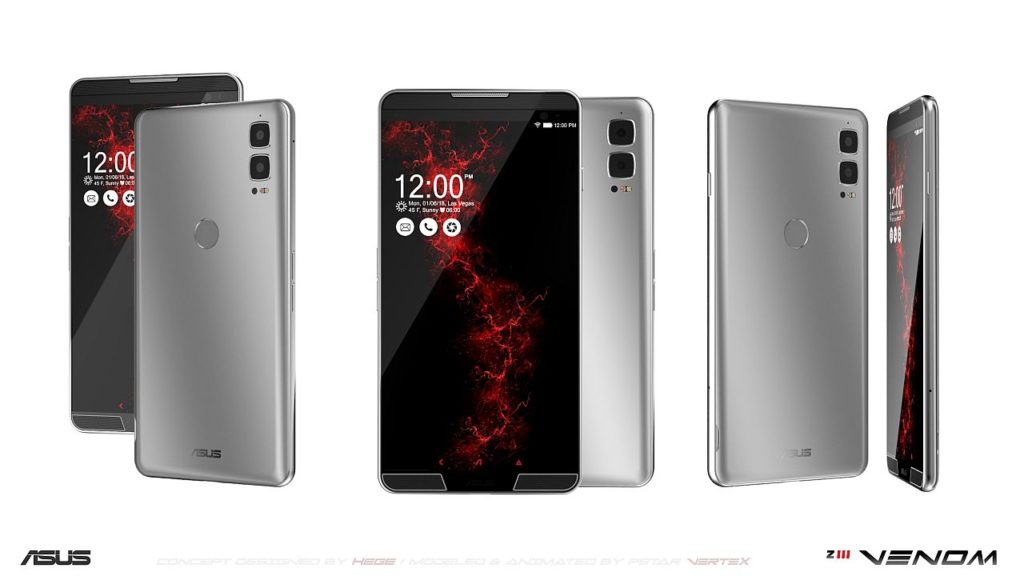 At the back we find a fingerprint scanner and a dual 12 megapixel camera with laser auto focus and dual LED flash. We also have a video of the smartphone below, somehow reminding me of the ASUS PadFone a bit, but also offering a very nice glow of the metal back. I also feel some Huawei influences here, but in the end with all the gaming goodness, it should stand on its own.

It could easily be branded ROG and I’d also see some AR action thrown in. 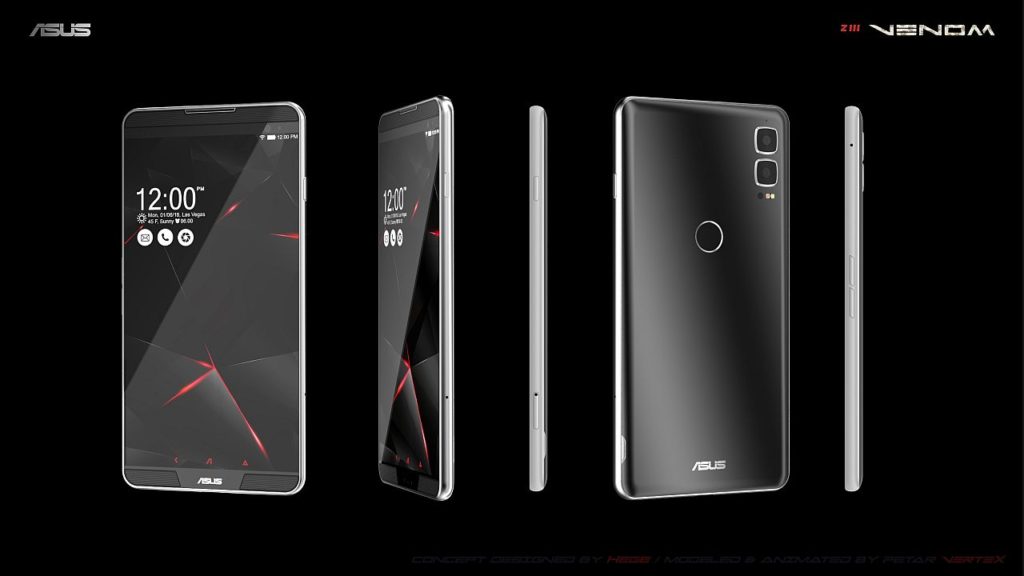 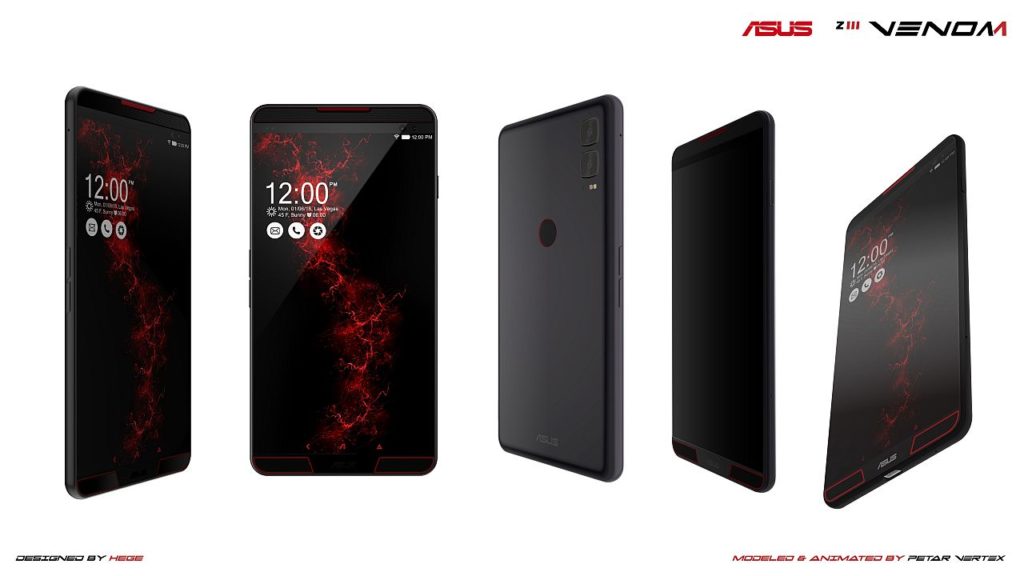 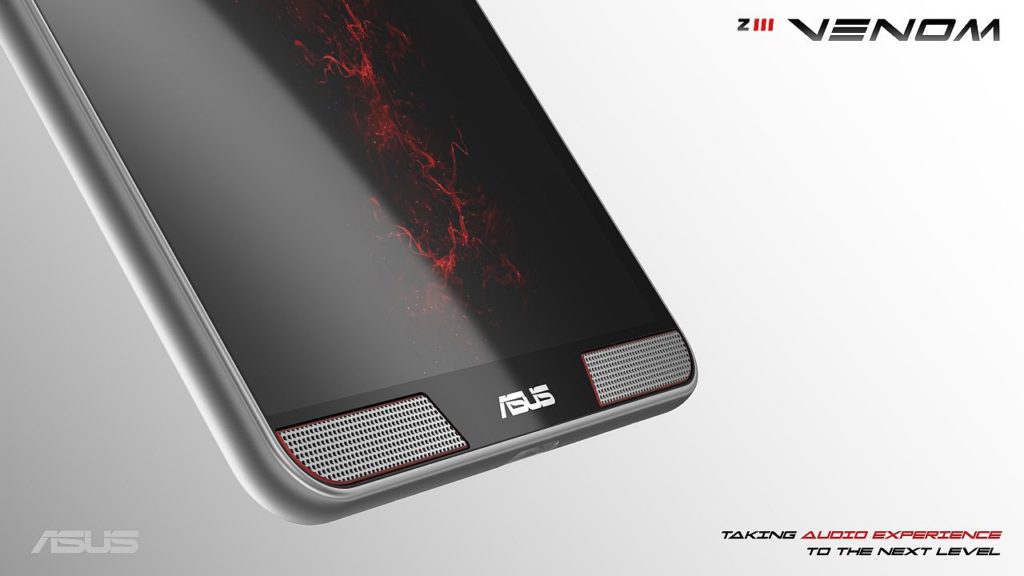 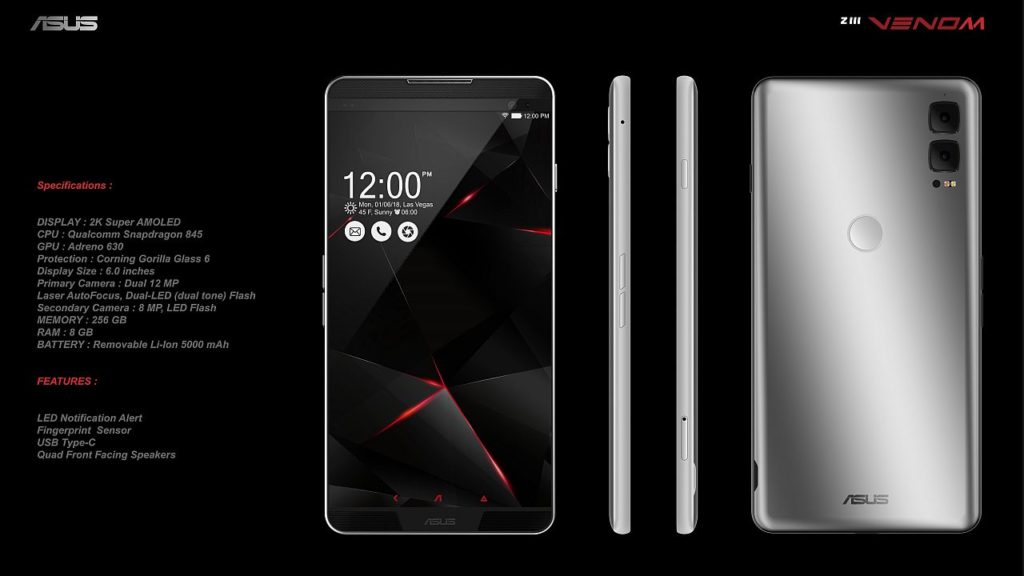 About Kelvin
Passionate about design, especially smartphones, gadgets and tablets. Blogging on this site since 2008 and discovering prototypes and trends before bigshot companies sometimes
OnePlus 6 Gets a New Approach With 18:9 Display, Fresh Design   Fresh Surface Phone Concept Has Foldable Body (Video)