I have to admit I haven’t seen many concepts of the Nexus 7 II, mostly because the device won’t be that different compared to the first Nexus 7. However, this time we’ve got one, a Nexus 7 II render created by Sting-Ray Vintral and also a bunch of clips of the device. 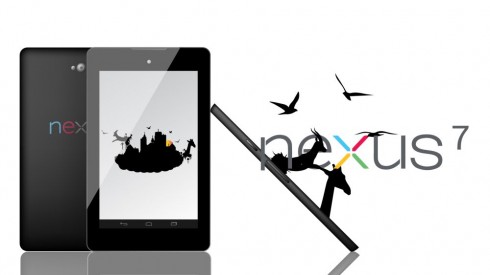 The tablet has leaked a lot on the web and we’ve heard about its specs already and a possible debut time around fall. Sting-Ray’s vision includes a 7 inch screen, a 1.5 GHz quad core CPU, a front 1.3 megapixel camera and an 8 megapixel shooter at the back. The device runs Android 4.2.2 Jelly Bean. Those are all the details provided by the designer, but the leaks also mention a 1920 x 1200 pixel resolution and a Snapdragon 600 CPU.

2 GB of RAM should also be on board and Android 4.3 is more likely than Android 4.2.2. I also expect the new model to be thinner, lighter and have smaller bezels than the Nexus 7. What are your expectations?

About Thrystan
HP Brave Android Smartphone Gets Rendered, Feels Like iPhone and Nexus 4   iPlay Gaming Console is Based on the iPhone