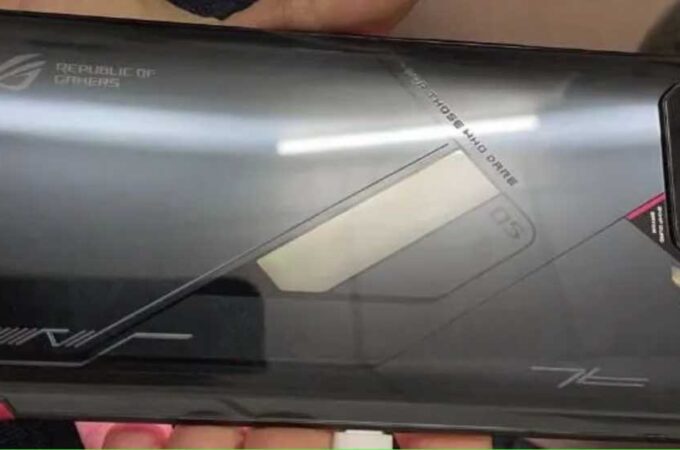 Asus seems to be pretty upbeat after its gamer-centric smartphone i.e. the ROG Phone 3 succeeded in winning over the relevant community. Riding on the anticipations, accolades, and newer technologies, the company is planning to launch newer and upgraded variants of the ROG-series smartphones in 2021, renders and leaks of which have already surfaced online. Let’s see what the ASUS ROG Phone 4 brings, also tentatively known as ROG Phone 5, since “4” is bad luck in parts of Asia.

Quite a few speculations surrounding the purported gadget showed up at Weibo, which were of interest. Besides, as the concept of the gaming phone seems innovative and relevant to the post-pandemic era, the upcoming ROG phone is more on the expected lines. While we chose to address this as the ROG Phone 4, Asus might wish to name it differently, if and when launched.
Then again, some experts feel that Asus might even go with the ROG Phone 5 tag for the new and improved smartphone.

Till now, we have only come across a live image of the same, which is still doing rounds of the internet. While the image revealed quite a few aspects, we could make out a bit more with utmost certainty. Moreover, the moniker resembled something that only Asus would try and perfect as it has been at the epitome of smartphone innovation, at least in regard to gaming.
Coming to the details, the redesigned back panel is more of guaranteed addition. While the ruggedness seems to be intact, the color blocking, smoothness, and ridges are expected to undergo some drastic transformations, as revealed by the live image. However, we were slightly taken aback upon seeing ‘5’ imprinted at the back, which made us a bit unsure about the nomenclature or rather the pecking order.

However, this might just be any other figure to represent a prototype with and shouldn’t be taken seriously, at least for now. What’s inspiring is the Asus ROG logo, featured right at the bottom. The left-aligned logo inspires confidence and allows us to be more certain about the live image pertaining to a new ASUS ROG Phone.

What inspired Web Safety Tips the most is the white strip, sitting pretty at the rear! While we couldn’t make out the essence of the same, the positioning felt more like an indicator with a focus on certain gaming-centric attributes. However, we did view the prototype from different angles to even come across a dedicated red tab, placed at the left-most corner of the chassis, specifically at the bottom.

The positioning, size, and even the depth of the red button reveals the same as a game-mode activating feature as Asus was long planning to keep the gadget flexible and customizable, in terms of usage.

We could also glance over the camera setup at the top and it seems Asus might just go with the triple shooter module, preferably with a depth sensor. However, it would be interesting to see the potency of the camera unit. Then again, the size and orientation of the shooters are indicative of the 64MP lens, which might just feature the quad-Bayer technology for added clarity. This means we might just see the new ROG Phone clicking excellent snaps even in low-light.

While we would have dismissed this live image as a hoax only if Asus wouldn’t have listed a smartphone on the 3C panel as the Asus_I005DA. Besides, the company also promises fast charging support on this purported device at 65W, which seems big enough only for a gaming-centric smartphone.

Based on other revelations, the new device would certainly come forth with 5G support. Therefore, if you are experiencing too much buffering on Firestick or any other streaming device, the upcoming smartphone might speed up your videos, via faster and more stable connectivity support.

You can even enjoy live net TV by just installing some addons on your Firestick device.

Additional claims regarding the battery size from other reliable sources reveal that the new Asus-branded smartphone might feature a 6000 mAh battery unit, which wouldn’t make sense unless it is a gamer-friendly smartphone. While these are the insights we could get our hands on, we shall keep the readers posted about this new concept phone, which might be introduced simultaneously with the likes of rollable smartphones from LG.

About Kelvin
Passionate about design, especially smartphones, gadgets and tablets. Blogging on this site since 2008 and discovering prototypes and trends before bigshot companies sometimes
Sony Xperia Compact is Back With 2021 Version!   Sony Xperia 10 III Renders are in, Looking All Official