BlackBerry Goes 5G and Buttonless In This Latest Concept 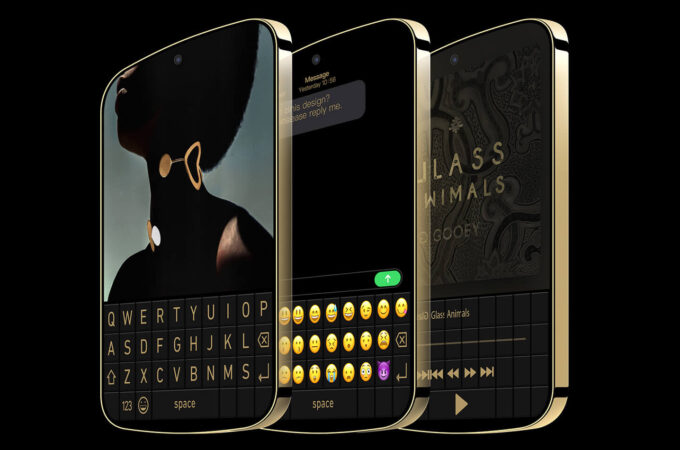 BlackBerry never seems to die, even though it always looks like it’s on the verge of collapse. After changing owners, the brand is still present out there, albeit as a very niche product, which not even the enterprise environment fancies as much. Still, there are enthusiasts making concept phones inspired by BlackBerry smartphones, like the one below. Let’s see what the 5G BlackBerry concept phone of 2021 looks like.

Right now, the BlackBerry brand is owned by American firm OnwardMobility. They did tease at some point in 2020 that a BlackBerry 5G phone with a physical keyboard was in the making. It was prepared for a first half 2021 unveiling in Europe and North America, but it didn’t come through. There was an extra teaser in March this year that the device would get a “first class camera”. Back then designer Concept Creator made a concept using all the info.

Now we get to see another concept, this time from graphic designer Niel D from Guangzhou, China, unveiling the project via Behance. This new New B Berry has a singular back camera, with a huge lens and also a display keyboard. 5G is also here, plus rounded edges and a powerful golden hue. The straight edges and golden approach actually feel a lot like the iPhone 12 Pro Max for me.

The button less approach and narrow bezels are supposed to give the device a futuristic look. The display keyboard changes symbols and even shows content in various contexts. The back side is made of Frosted Glass, with a matte gold approach. Also the new official logo is now “New B Berry” and it all looks rather youthful. Would you buy this?

About Kelvin
Passionate about design, especially smartphones, gadgets and tablets. Blogging on this site since 2008 and discovering prototypes and trends before bigshot companies sometimes
Technology And Casino: How Are They Connected?   Xiaomi Mi Mix Flip is the Foldable Flip Phone We Need to Restart the Race