We’ve recently received a mail informing us a pretty interesting piece of technology: 3D touchscreen displays and 3D user interfaces, plus “Stereoscopic Touch Control”. Metatrend has more info about this, if you’re interested and we’ve recently found out that Samsung is readying a 3D touch phone. 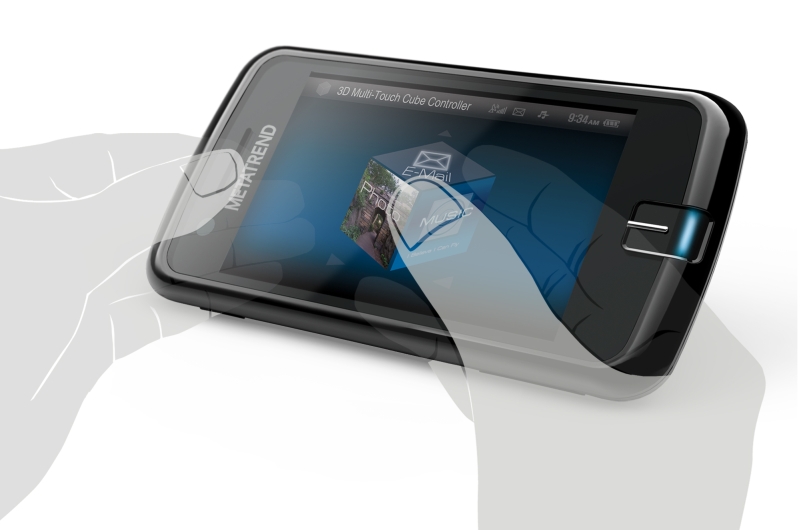 Metatrend provides an alternative solution to traditional smartphones, thanks to this new technology. As you can see in the image above, you can use a 3D multitouch cube controller as the core of this interface, making smartphones easier to use. There’s also a touch pad on the back of the phone, allowing the implementation of dual touch control, by making it complement the front touchscreen.

Odds are that these technologies will reach the smartphones of the (near) future, with a focus on Samsung, always keen on such novelty. 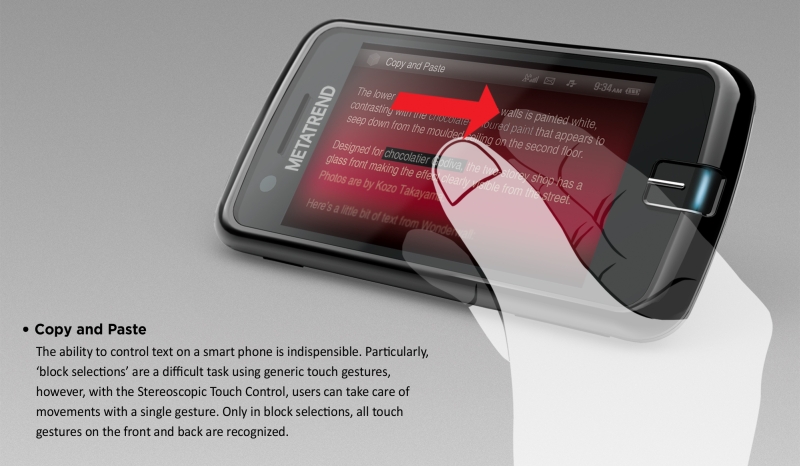 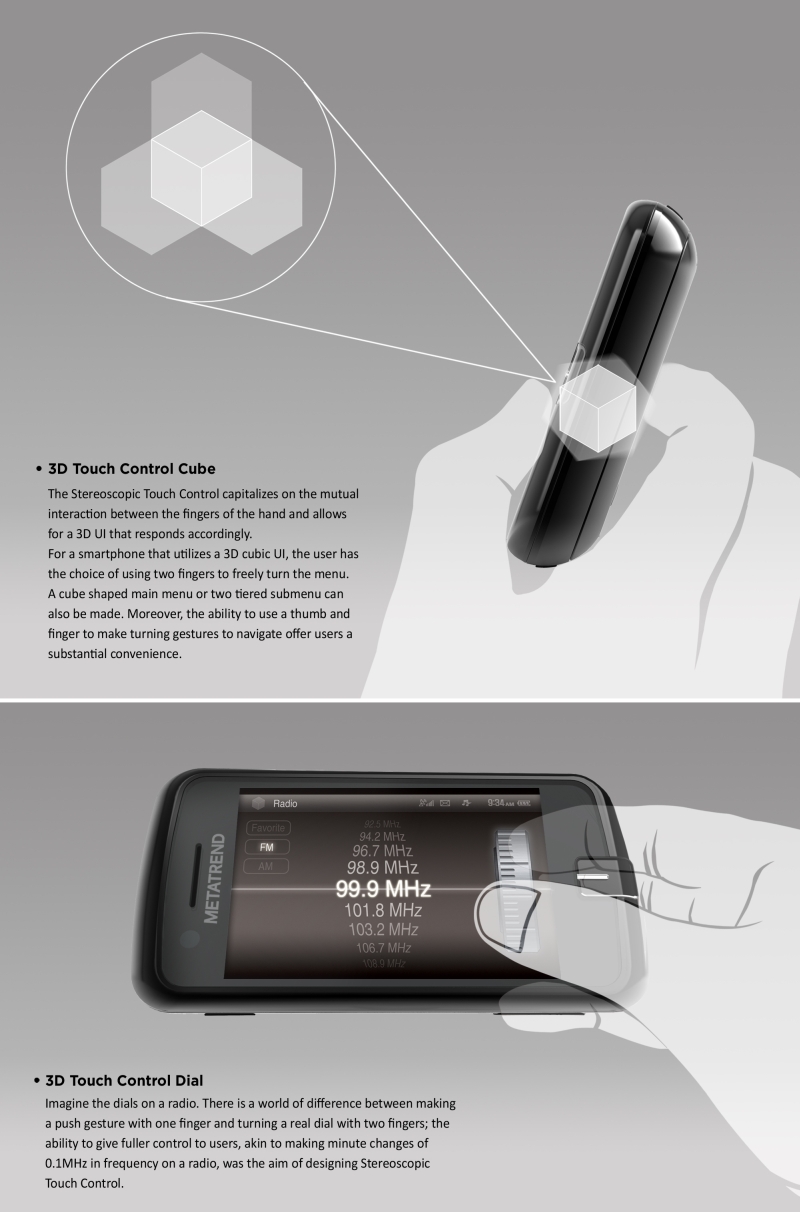 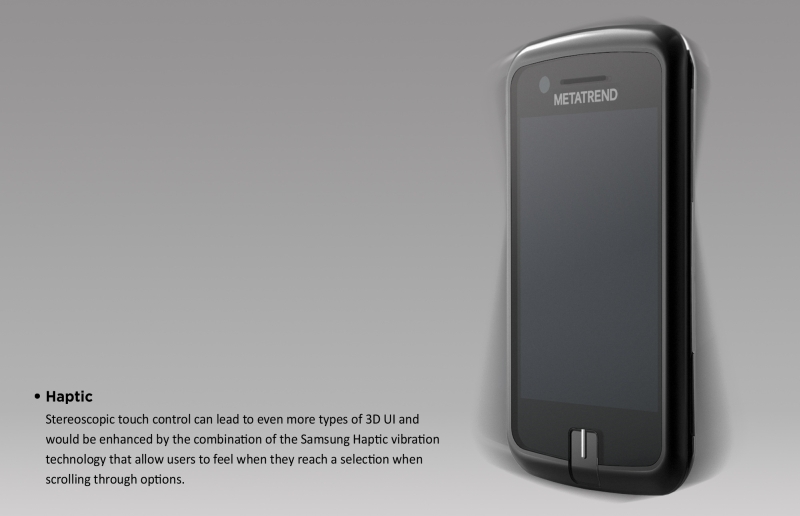