British industrial designer Tim Chege came up with an alternative to the Microsoft Surface tablet, the Athena. This concept tablet has a detachable touch sensitive keyboard and is slightly curved along its width and height. The Athena tablet was created as Tim’s undergraduate degree project, so feel free to offer feedback in the comments below. 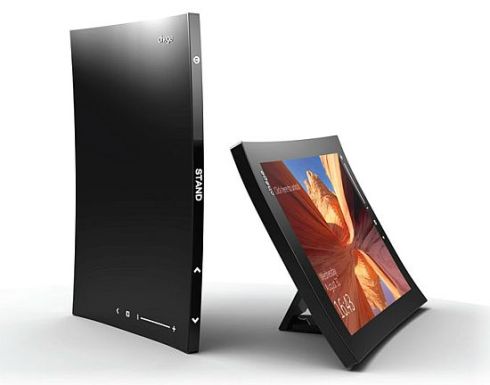 The tablet has great ergonomics, that’s why it’s so curved. Actually, those curves were created so they would mimic the paper curves that form when a paper is grabbed by the human hand. The device has a mechanism stand and a 12.1 inch OLED display, plus it seems to run Windows 8. Its stand relies on a one of kind spring mechanism, that keeps the slate upright easily and tightly. There’s also a silicon carry case showcased in the picture below and if you want a short promo video for this product take a look on the designer’s website.

The Athena Windows 8 tablet offers simple interface concept and it doesn’t change much from the Metro UI in Windows 8. I wonder if it’s based on a Tegra processor or maybe an Intel one… Since it’s so thin and curved it makes me think of Tegra, since Intel model are more bulky. So, what do you think? 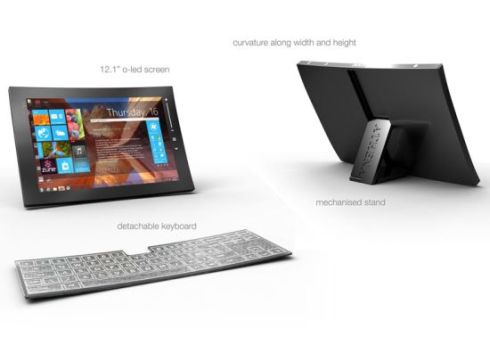 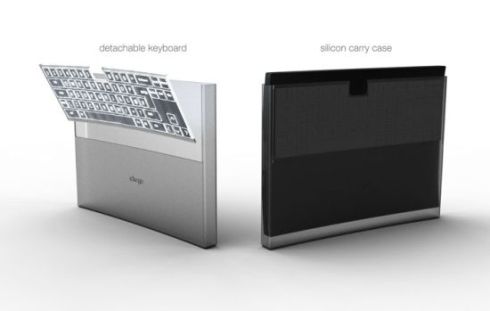