We have no idea if the picture below shows a prototype or a concept, but this is certainly a RIM device like you haven’t seen before. Also called the BlackBerry London or the Colt, this smartphone runs BBX OS, a follow-up to the BB OS 7 and QNX OS. The Verge published this leak. 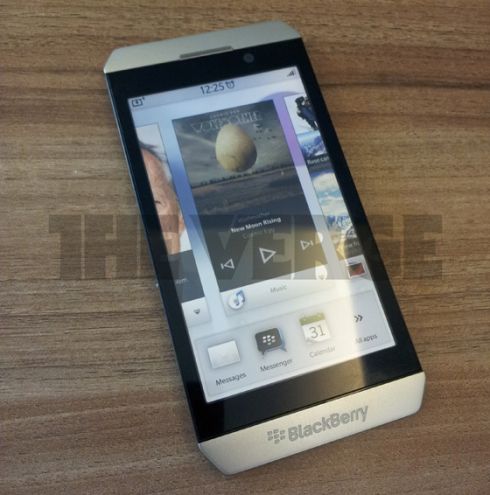 BlackBerry London comes with a TI OMAL dual core CPU at 1.5GHz, 1GB of RAM, 16GB of internal memory, an 8 megapixel camera at the back and a front 2 megapixel camera. The launch of the handset is expected in June 2012 and the design is very much like RIM’s Porsche Design P9981 phone. Sources say that this BlackBerry prototype is thinner than the iPhone 4 and about the same size as the Samsung Galaxy S II.

This BlackBerry smartphone is finally an original design from RIM and its interface doesn’t look bad at all. We’re finally ridden of those annoying and old-school designs, that plagued the Canadian company for the last years. We’ve still to find out details about other specs of the handset, like the display diagonal, but I’m guessing that’s around 4 inches.