We all know that Research in Motion and its BlackBerry models are in deep, deep trouble, so salvation could come from either getting bought by Microsoft or buying a dying platform such as webOS. The latter was imagined by Bob Freking, who envisions a BlackBerry concept phone called Shadow, that runs HP/Palm’s webOS platform. 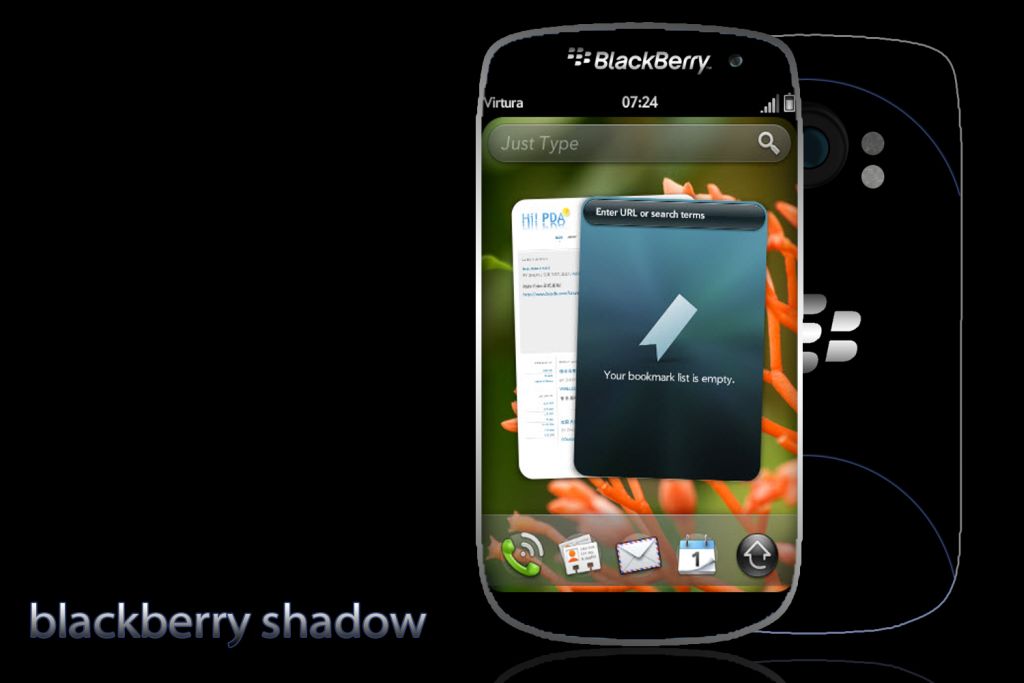 This model will still include functions from BB OS, BBM included here. BlackBerry Shadow runs on top of an ARM15 dual core processor at 1 GHz and it features an 8 megapixel camera with dual LED Flash. The designer mentions that this handset incorporates glow lines n the back that can read the user’s thoughts, so how cool is that? I guess this is more of a mood sensing feature than actual mind reading… Social networking is also included on the BlackBerry Shadow, as well as a 5 megapixel front camera with flash for video chat.

Are we ready for a thought reading BlackBerry with strong social networking features? I’ll let you decided… Also, notice that the phone comes with an edge to edge display that’s probably around 4 to 4.5 inches in diagonal…

About Thrystan
Nokia Lumia 900 Mockup Gives Us an Idea on Its Real Size, Compares it to the Lumia 800   LG Optimus 5 Uses Intel Medfield Processor