Kingyo created a very interesting handset interface, dubbed the Blue Bee, that also comes with an appealing and very slim smartphone. As you can see, the UI looks a bit like the Windows Mobile 6.5 interface and it requires a large touchscreen to operate and there’s no need for any physical button, at all. 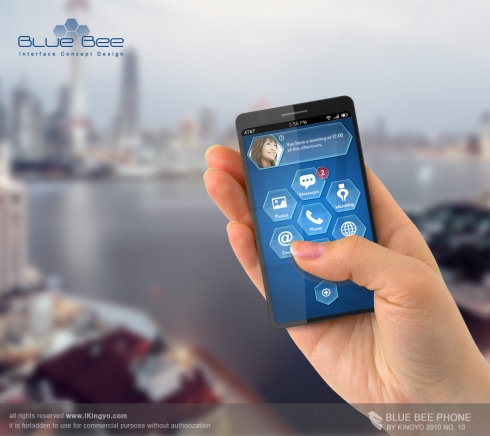 An interesting idea is placing a touchpad at the back of the phone’s body, like many supposed we’d see on the iPhone 4. Said touchpad would extend the display to almost the entire body of the handset and provide more screen space and means of interaction. The touch panel on the side behind is operable as shown in the last image included in the article.

It’s very easy to operate and it’ll allow you to move in menus, reach the Home menu and select content. Overall, the dialer, music interface and much of the UI looks very neat and user-friendly, so we think this interface would suit a HTC smartphone in the future, for example. 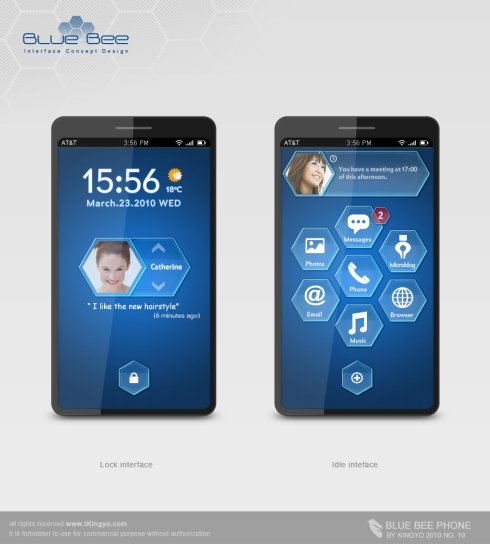 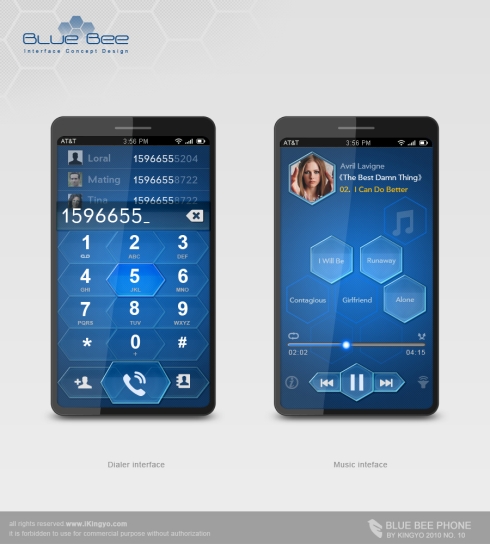 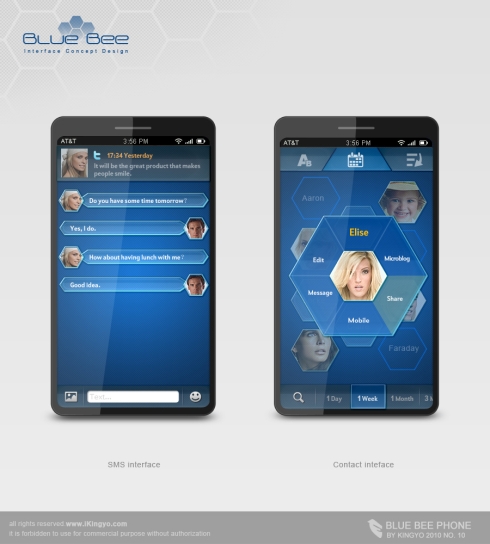 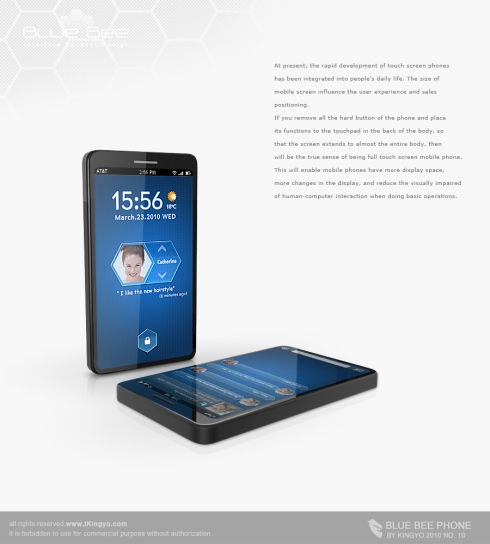 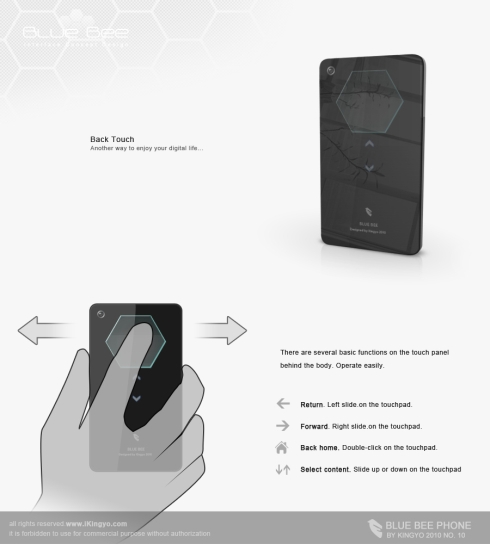