Concept Toaster Phone is Half Baked

After seeing the movie “Juno” and that famous Cheeseburger Phone, someone must have thought that a toaster phone would be more than fit to please the fans of the previously mentioned device. That “someone” is designer Renata Quintela, the creator of the handset below. 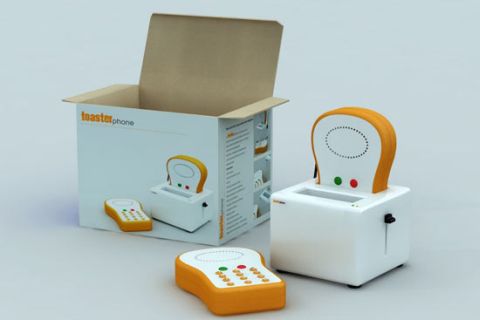 The toaster phone is a concept that includes 2 coloured handsets and a base station that looks like a toaster. Basically they should have called the devices “Toast” phones since they’re more “bread” than cooking appliance. This concept sure looks like a child’s toy, if you ask me, but hey, it’s a non-existing handset so maybe it has some super features we yet don’t know about.

How about a frying pan UMPC as the next concept?