Dyson Energy could be the solution for all cellphone users left without battery on a cloudy day when solar chargers won’t work. This concept device is shaped like a bracelet and charges your mobile phone on the go. Its surface produces electricity in the ambient air and Dyson Energy comes with a Li-Po battery that will recharge your phone.

This concept is based on the Seebeck effect, the conversion of temperature differences directly into electricity. Gone are the solar panels that need to be exposed to pure sunlight or the kinetic chargers that’ll require your movement. The great idea comes from designers Mathieu Servais, Camille Lefer, Clément Faydi, and Mickaël Denié.

Dyson charges due to the difference between the temperature of the bracelet side that touches the user’s skin and the one of the outer surface. Afterwards, you simply plug the phone into this gadget via a micro-USB port and let the juice flow in. There’s also a pretty detailed video below, showing the ideas behind the concept. 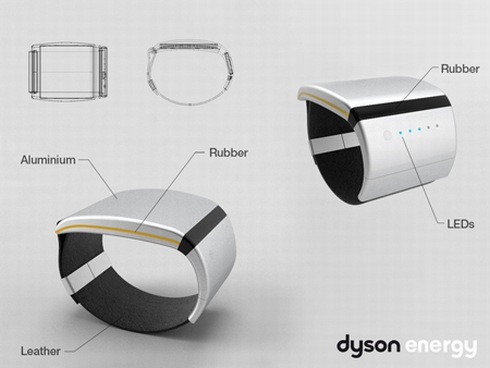 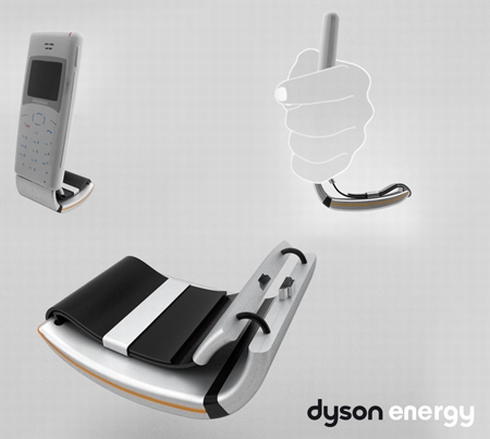 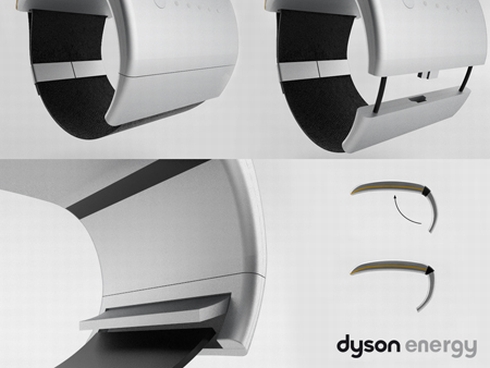