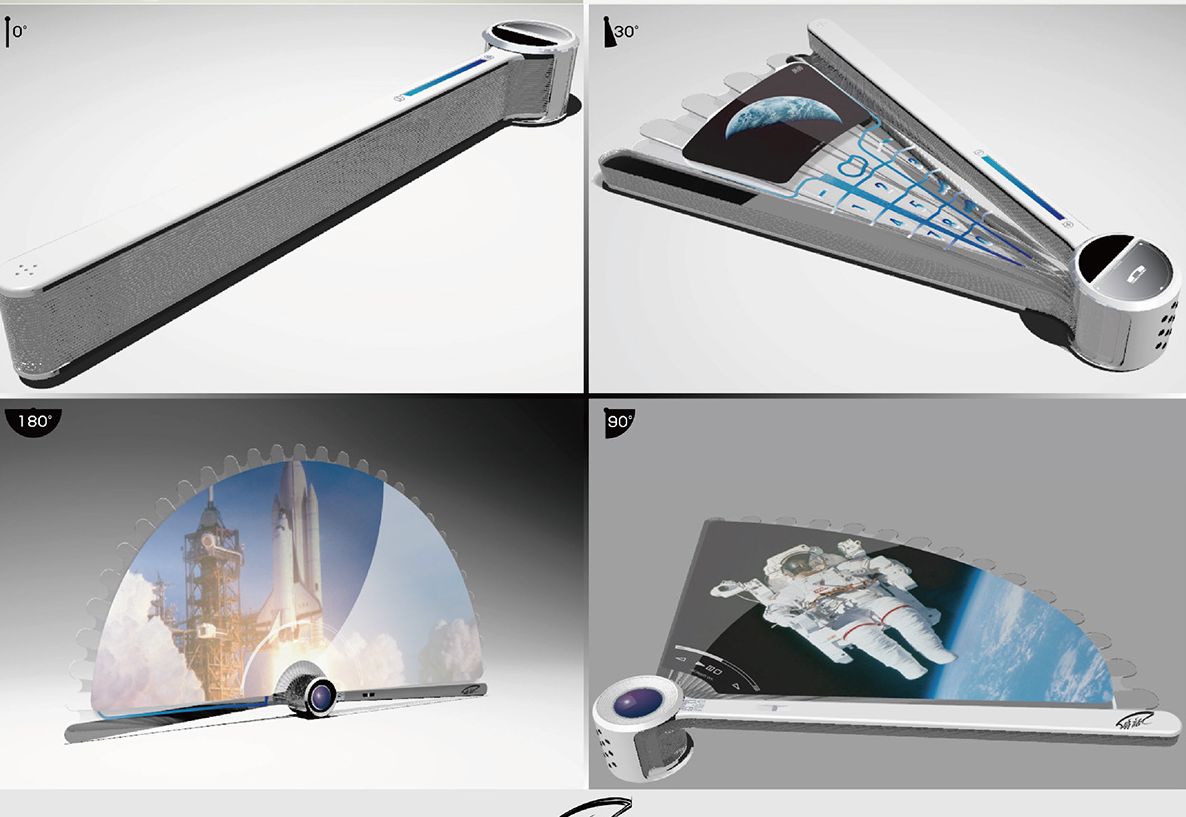 Have you ever heard of the LG Flutter phone? Well, you should have since it won the LG Design the Future Competition back in 2010 and it was awesome. It felt a bit like Mortal Kombat’s Kitana fans, but nevertheless it was a nice piece of work, although not very practical. Now the same idea of a fan cellphone is approached by designer Takeshi F. 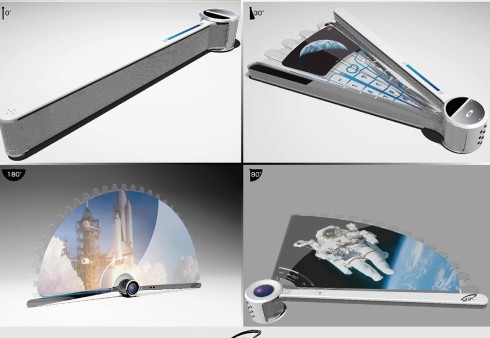 The creator of the concept proposes a folding fan type cellphone, one without buttons and that relies on the opening angle as the manipulation method. If the device is opened at 30 degrees, it enters the cellphone mode, while at 90 degrees it triggers the Skype mode. This project was created in Rhino 4 and involved a scanner, paper and pencil, as stated on the designer’s Behance page.

It feels like a very artisanal and genuine piece of Japanese decoration, truly a nice looking fan and the technology takes a secondary approach here. The camera mode is one of the best uses for this device and seems practical, while the rest will have you looking at a semi circle, instead of your usual rectangle. Would this work? 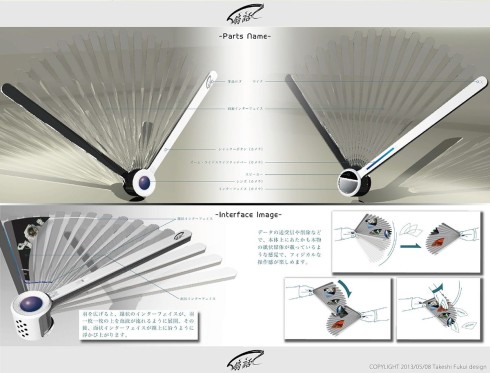 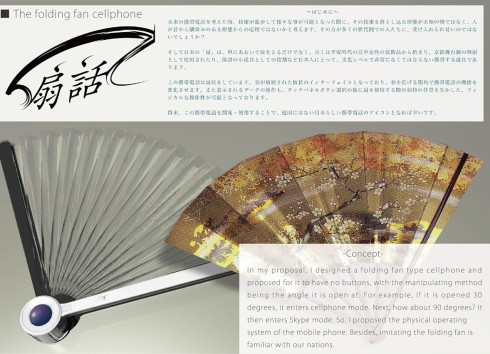 About Kelvin
Passionate about design, especially smartphones, gadgets and tablets. Blogging on this site since 2008 and discovering prototypes and trends before bigshot companies sometimes
iPhone 8 Rendered by Gaurav Jaggi With Side Screen Embedded   iPhone 6S Design Based on Leaks Pops Up, Imagined by Jonas Kvale