The first Android smartphone, T-Mobile G1 was last week’s star for sure, but how about the concept phones that should have been the Google Phones? Here’s a brand new one for you, designed by Eduardo Altamirano Segovia. The concept device is based on the interaction of the screen’s centerline with the user’s thumb. 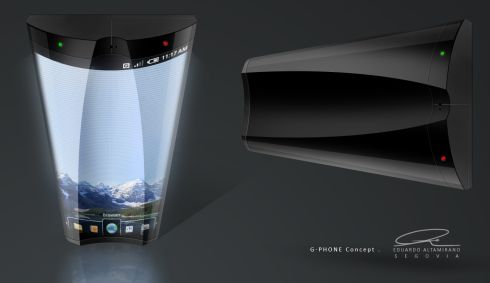 This G-Phone features an OLED screen and a curved front surface, plus an accelerometer that detects the handset’s position and changes the functions of the “call-hang” or “yes-no” buttons. It’s a great design that will maybe make it to Google and HTC’s drawing board, as they start working on the next Android device.

About Thrystan
BlackBook M Concept, The Android PDA Phone that Was…   Ayotte Concept DECT Phone is all About the Fancy Keyboard