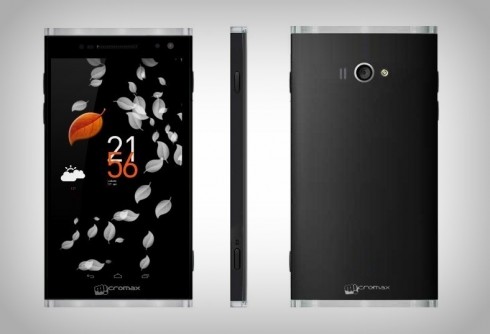 At its back we find a 13 megapixel camera with dual LED flash and upfront we’ve got a 3.2 megapixel shooter. Other specs include a 3000 mAh battery and Android 4.1.2 Jelly Bean is the OS. The camera comes with autofocus, face and smile detection and image stabilization. The interesting bit about this supposed Canvas 5 is that instead of using metal it relies on “super strong crystal linings”, that measure 3 mm and protect it from rough contacts. The screen is also protected by crystal and the body of the phone is dust proof and water proof.

This design feels like an evolved Lumia of sorts and it’s well done.