Next Micromax Flagship Phone Gets Teased; You Decide Its Name and Specs!

Suman Chatterjee sent us a fresh concept for a new Micromax flagship phone, that you can see pictured below. Micromax has already had an impressive success on the Indian market with the Canvas HD and Canvas 2 devices, so it’s time for a big flagship now. Today we only get a teaser of that phone: 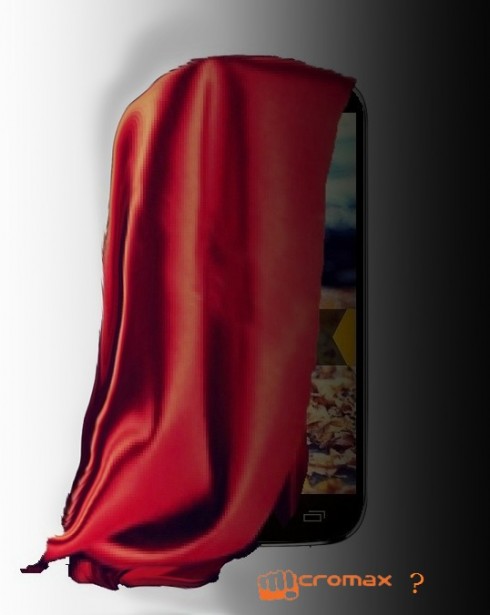 Suman Chatterjee will show us in the following days the finalized design and he asked us (and you) to name the device and maybe think of a few specifications for it. Micromax fans are asked to share their opinions. And now here are my ideas for this phone! First, make it a HD handset, or even a 768p model like the modern Windows Phone 8 devices.

Then give it Android Jelly Bean at least and an 8 megapixel camera at the back, at least as good as the one of the Galaxy S II, for example, even if it’s a 2011 phone. I can see that capacitive buttons are present, as shown by the teaser. Finally, I want 1 or 2 GB of RAM and either the new generation dual core Intel CPU on this model or the quad core Snapdragon S4 Pro. The design is elongated and I can spot some metal in there, if I’m not mistaking. I suggest the name Micromax Fusion. What are your ideas for this model?