Nintendo Wii Concept Phone is More of a Wiimote 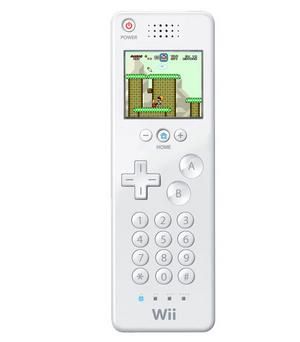 Of course we’d like to see a Wii gaming phone, but it’s very unlikely, now that Nintendo has big plans for 2008, in its console segment. Also, in case Nintendo ever decides to join the pack of mobile phone manufacturers, I’m sensing a partnership with Apple, don’t ask why, I just think that the two brands are compatible. About the concept in the image above, isn’t the screen too small for the device? And does it still run on AA batteries just like the Wiimote?