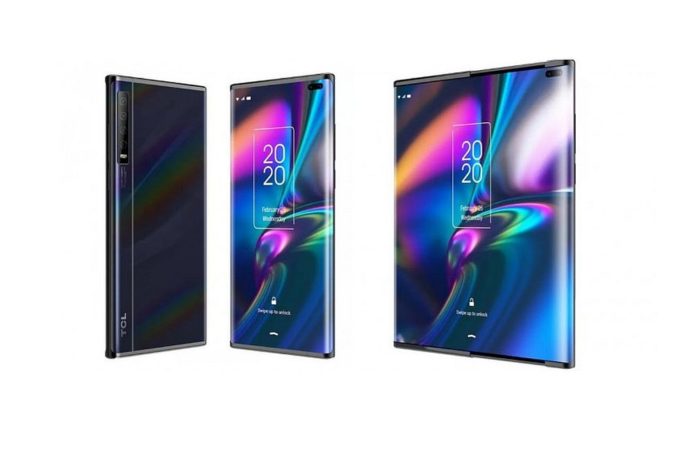 TCL made the news in a negative way recently, when they decided to drop the BlackBerry brand starting in August. Now they’re off to braver projects, like a slide out screen phone, which just got detailed and rendered by CNET.

We’ve seen foldable TCL phones before, even a triple folding one and a budget one. TCL has this as a work in progress and proposes an alternative to the typical hinged foldable. Gone is the book format, the closing or opening book, replaced by a sliding part of the screen. Basically, the edge to edge screen can expand and double in size by sliding to the right. TCL wanted to show the prototype to the press at MWC 2020, but it got cancelled because of the coronavirus scare.

The back side feels a bit like the Huawei Mate X, I’ll say. I see there are 3 or 4 cameras out there and the glass has a nifty rainbow effect, much like the Aura Glow from Galaxy Note 10. There’s speculation that a part of the screen is either wrapped or bent behind the other. I envision a sort of sliding mechanism, like some mini rails, but it sounds too complicated. I see that the right side is slimmer than the left, so it may be stored in there usually.

TCL has been playing with quite a few concepts lately, but we’ll see if they have the firepower for a mass produced hitter.