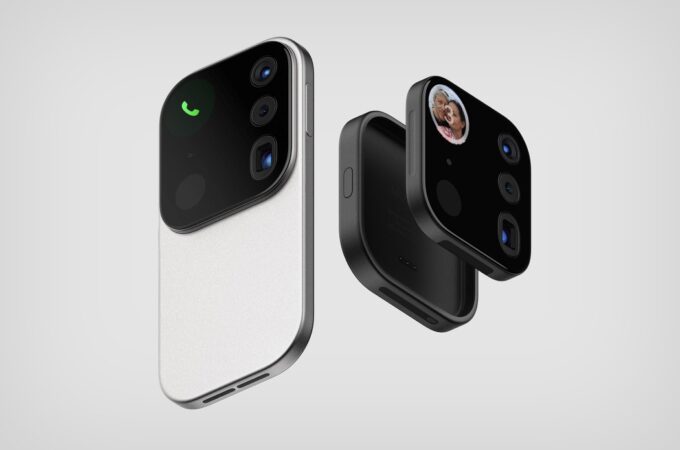 We’ve been writing about modular phones for about 10 years now and they have yet to conquer the mainstream. Modu had the right idea, Project Ara had the right funding and Moto Z seemed to be the one. None of them made a big splash and we’re only left with concepts. The latest comes from Louis Berger and it’s called Mosaic.

The core idea is to have a smartphone’s camera like a fully fledged separate device, that could function on its own, even when detached from the phone. Louis Berger sees this like a Project Ara-style setup, with a smartphone that has a detachable camera module. You can either attach it to the phone and use it with the device or, use it separately like an action camera, like a GoPro let’s say. The idea started with the phone camera bumps being so huge they feel like separate entities.

Galaxy S20 Ultra is one of the best examples. As far as the hardware goes, the are 3 camera lenses here, a ToF sensor, a microphone and a small screen for notifications or to show a preview window or countdown timer for the camera. You can even wear the module around your neck or wrist or turn it into an activity tracker or Bluetooth key tracker thingie. Strap a belt to it and you’ve got a smartwatch. Or you could emulate the police force and create a body cam by putting a clip on accessory on it.

It has its own volume buttons but that’s where the smartness stops. There’s no ports on it, so the control is done via smartphone. I also imagine it would be easier to upgrade the camera on your phone by replacing such Mosaics. Too bad the CPU won’t be able to keep up after 3 years.

The idea is quite fine and I’d totally see Motorola doing this.

About Kelvin
Passionate about design, especially smartphones, gadgets and tablets. Blogging on this site since 2008 and discovering prototypes and trends before bigshot companies sometimes
Samsung Galaxy Note 20 Gets Exclusive Leaked Renders, Inspired by Galaxy S20 Ultra   Google Pixel 5 May Look Like This, But Will You Buy It?