Apparently, not only Samsung is playing with the idea of a phone with curved screens, since Xiaomi is said to be doing the same thing. They take it up a notch and include dual curved edges, that are part of the screen. 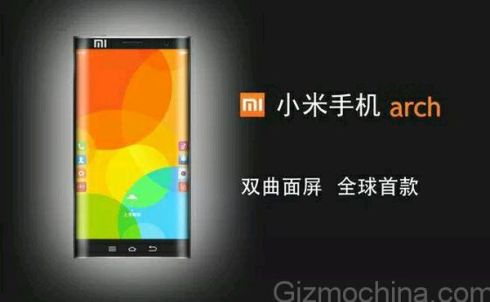 The model shown above is supposed to be that newcomer, going by the name of Xiaomi Arch. It may or may not be a real picture, but my best bet is that it’s a mere render or concept. Both sides of the handset are just like the ones of the Samsung Galaxy Note Edge, curved and showing icons and parts of the homescreen. The curves are said to display shortcut menus, just like the Note Edge and also deliver instant notifications about calls, texts and all that.

The overall design is in keeping with the Xiaomi models and we’ve got 3 capacitive buttons at the bottom, feeling a bit old in this day and age. Samsung has been researching the whole curved screen edge thing for years and I wonder if they’ll attack Xiaomi for using a similar approach. Or they could just license the technology… What do you think of this model?

About Kelvin
Passionate about design, especially smartphones, gadgets and tablets. Blogging on this site since 2008 and discovering prototypes and trends before bigshot companies sometimes
Nokia C1 Phone Gets Specs, Android 5.0 and Windows Phone Version   Sony Xperia Z4 Gets Rendered by Sanjaya Kanishka, Compared to Xperia Z3