Fujitsu Laptop Concept Is Also a Camera, a Phone, a Tablet

Prashant Chandra proposes to us a concept for a Fujitsu laptop, that integrates a handset, a camera and a tablet. This Lifebook device is basically a laptop, that uses a camera that can detach itself from the basic gadget, as can do the slate and the handset. The slate is actually the virtual keyboard that can be integrated via pins (16 pin connector). 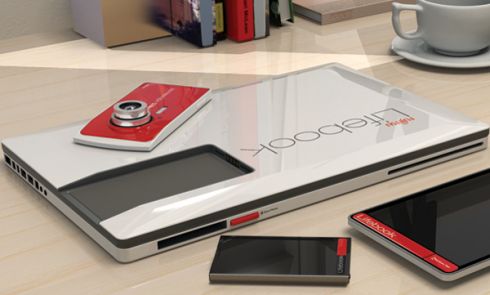 The Fujitsu laptop concept doesn’t have its own keypad, so it relies on the tablet for this purpose. The tablet, once inserted into the laptop it displays a QWERTY keyboard and can probably be used as a secondary display and maybe as a larger touchpad or maybe even a gaming control area. Hardware sharing is not an idea that has been applied with success so far and among the advances we find a single point charging for all devices and lack of wires, as everything syncs easily with each other.

The tablet can also enter sketch mode, so it can be used to draw stuff and become a useful tool for designers. The camera on this Lifebook device looks particularly cool and the entire laptop also seems to have a variety of ports, it supports WiFi, Bluetooth and most likely has an Intel Core iX CPU inside, if I were to guess. The display diagonal should be around 13 to 16 inches. 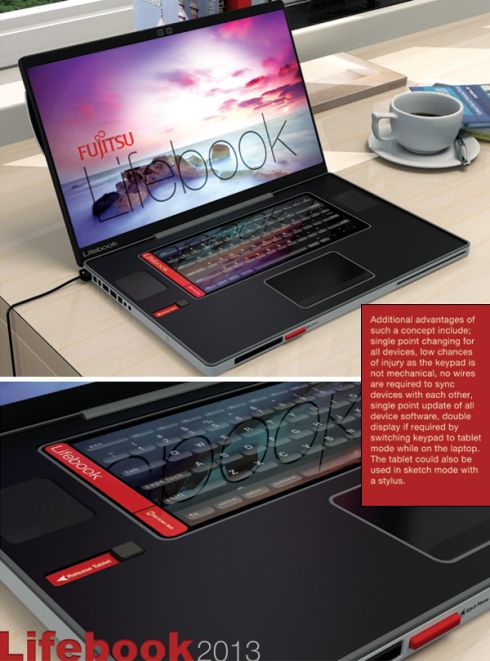 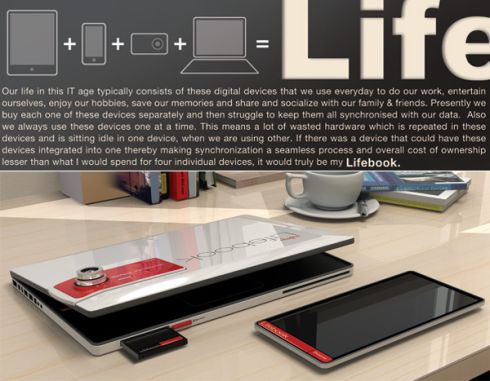 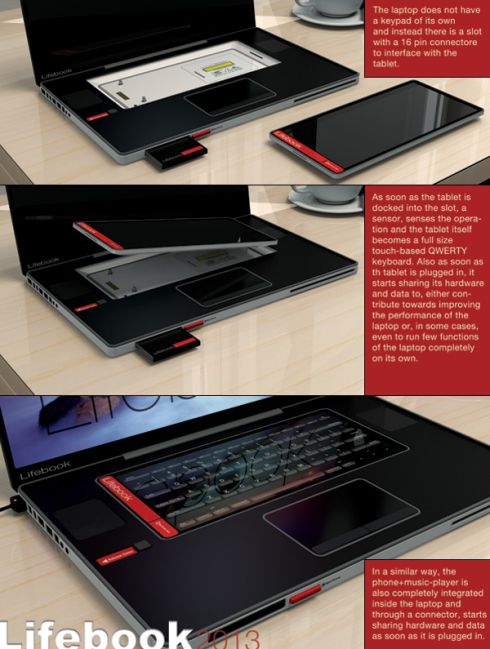 About Thrystan
Nokia N-Gage 2, Return of the Gaming Phone From Nokia, With a Nintendo Twist This Time   LG xoxo Phone Designed for the Business Lady