HTC Nexus 8 has been rendered before, but this time it has Android L on it and a 64 bit processor. This is the render created by Vishal Bhanushali and we even have a video of the tablet below. The model has a soft touch back from what I can see and it’s pretty slim. 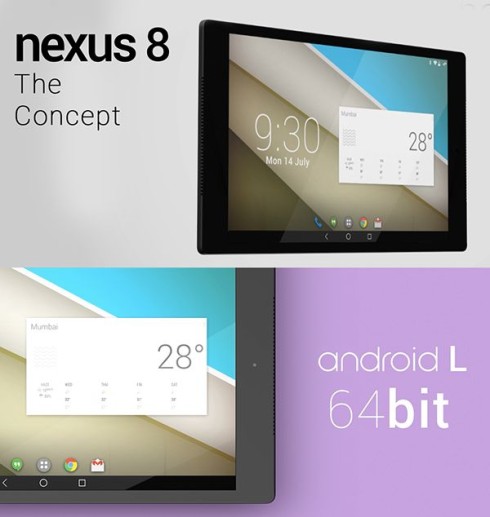 The back texture looks like the one of the Nexus 7 2013 and at some point there’s also a Nexus 6 in the mix. HTC Nexus 8 concept runs Android L, with the famous Material Design and it relies on a 64 bit that’s either an Intel model or maybe a Qualcomm one. We’ve got BoomSound stereo speakers, which is a logical step, considering that the Nexus 7 2013 had some pretty good speakers as well. 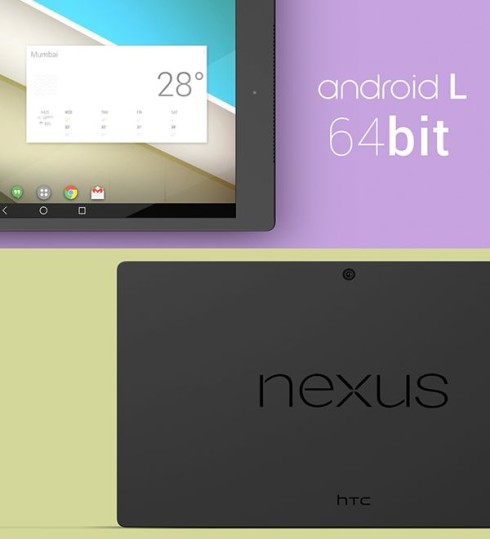 The designer also has an interesting approach, claiming on his Behance page that the HTC design language was used here and the Nexus line too, in tandem with the minimalistic Android L look. I can only think of the Material Design being also used as inspiration for hardware design, not only software. We’ve got bigger upper and lower bezels, there’s room to place your fingers on the sides (in landscape) for an improved gaming experience.

Nice to see a landscape view on a smaller tablet. 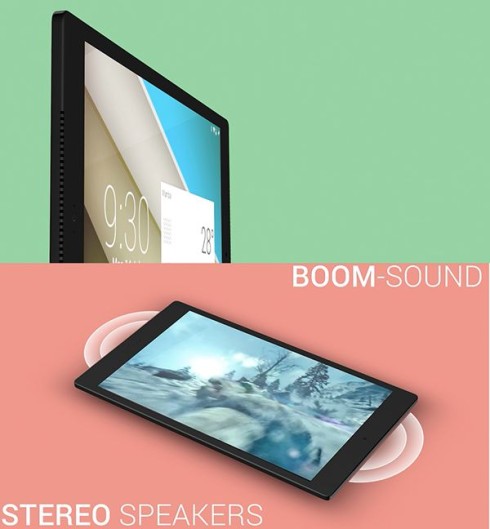