HTC One Z – Return of the Sliding Keyboard!

Remember when HTC had those cool smartphones with smaller displays and big sliding QWERTY keyboards? Well, from Hasan Kaymak, the man that gave us the musical HTC One XE comes HTC One Z. This HTC concept is focused on the sliding mechanism, QWERTY keyboard and believe it or not, it’s even a dual SIM phone. 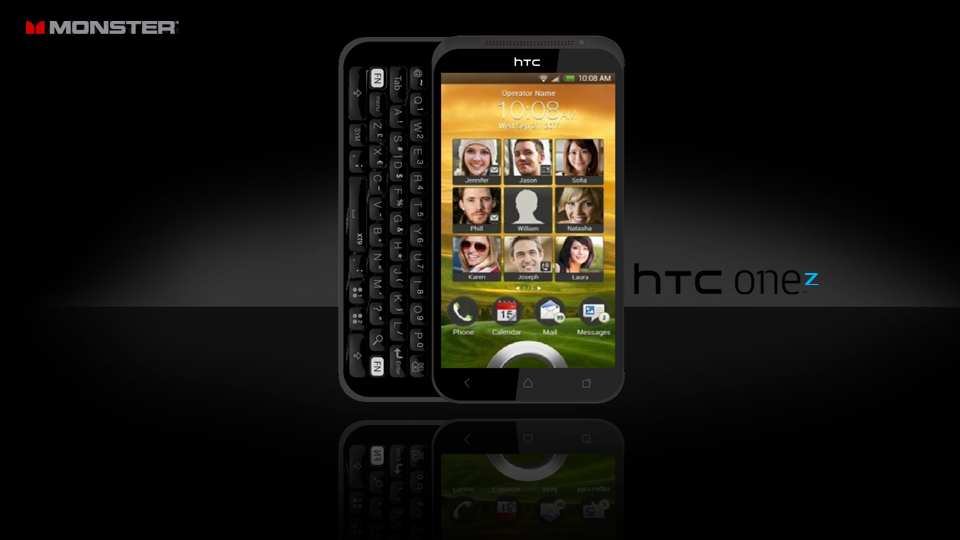 HTC One Z supports 3G and 4G LTE+ connectivity and it packs a 4.7 inch SLCD3 1080p display with Gorilla Glass 2 protection. Inside there’s a 1.5 GHz penta core CPU, which might as well be the Tegra 3, that actually has a fifth core in the mix. Or it could be Tegra 4… Anyway, the device also uses 1GB of RAM, 32GB of internal memory and a microSD card slot, plus a micro HDMI port. The only thing I’m worried about here is how bulky and wide this model will end up being…

A 4.7 inch smartphone is already huge and if you add to it a sliding keyboard, things get even beefier. However, that keyboard sure looks comfortable, but having such a big screen means that you also have a big virtual keyboard, so maybe trimming the diagonal to a more reasonable level would be a nice idea. Anyway, I’d take this model any day over all the HTC One X, since I’m a bit of a slider fan myself. What’s your opinion on this piece of work? Anyone else reminds the beautiful Desire Z?