HTC T12 Tablet Rendered, Keeps All the Goodies of the One Series, Increases Diagonal

Hasan Kaymak has created a HTC T12 tablet concept, right after @evleaks posted a rumor that HTC is preparing two other slate models aside from the Nexus 9. Those are the T7 and T12 and you can check out the bigger model below. Everyone expected the T12 to be a 12 incher and that’s probably what we get here. 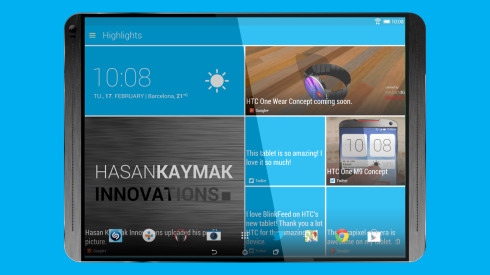 Basically, the designer took the One experience and enlarged everything, plus added a few goodies like multi window mode for multitasking. We still get BlinkFeed, with a variety of tile sizes, I bet and a very minimalistic camera UI. There are speakers on each side of the tablet, BoomSound ones most likely, with a very good bass and loud volume, in the good tradition of the HTC One and HTC One M8.

The device uses virtual Android buttons, it features a clean and clear UI, probably HTC Sense 6.0 on top of KitKat/Android L. The multitasking is done by dragging an app to a part of the screen (50% of it) and another app to another part of the screen. The case is obviously unibody and metallic and I expect the screen to be a 12 inch Retina level display, or maybe even 4K. What do you think? 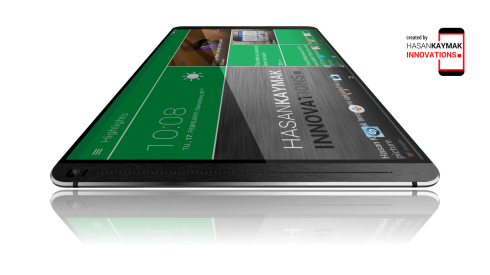 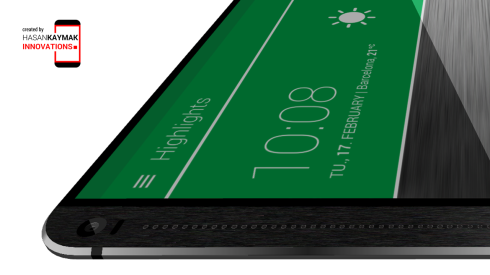 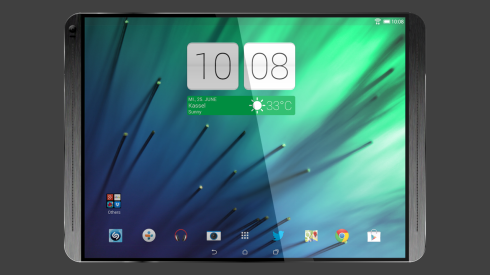 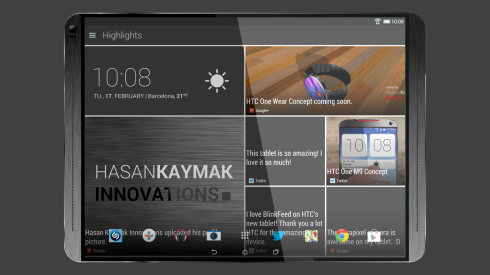 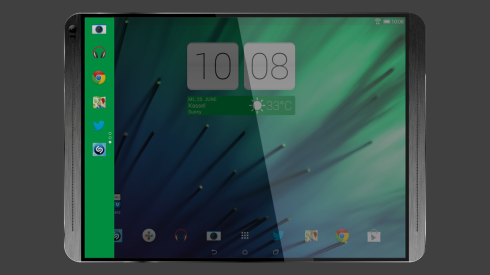 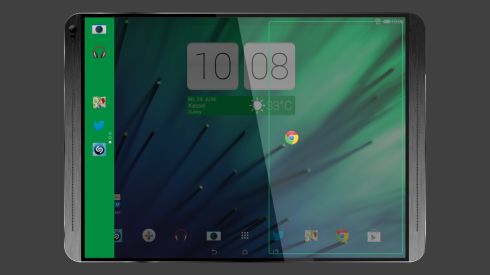 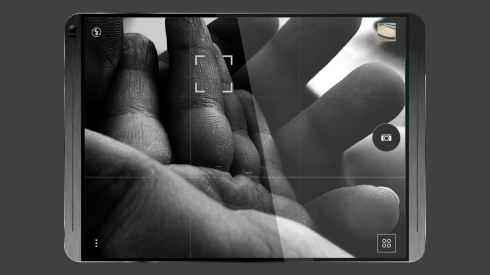 About Kelvin
Passionate about design, especially smartphones, gadgets and tablets. Blogging on this site since 2008 and discovering prototypes and trends before bigshot companies sometimes
Nokia Lumia 830 Render Take 2: Made in Italy (Video)   Yet Another Galaxy Note 4 Design Pops Up…