HTC One Ultra is the creation of Hasan Kaymak and it’s a very interesting design, that feels like a combo of the HTC One and HTC One X. You can see that there are a few straight angles at the back side, for a more unique look of the model. 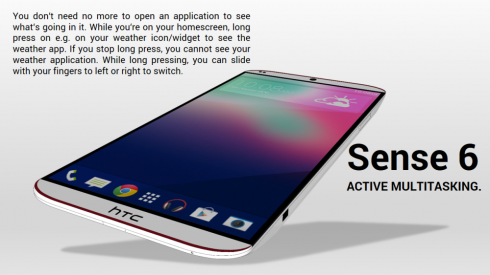 If this device appeared two weeks ago it would have been sci fi, with a 64 bit CPU and 4K video capture, but now we already have such devices launched. As you know, there’s the Samsung Galaxy Note 3 and an Acer phone with 4K video capture and the iPhone 5S with a 64 bit CPU. Back to the HTC One Ultra, it has a slightly curved body, as seen from the side and the idea is for it to fit better in the user’s hand. 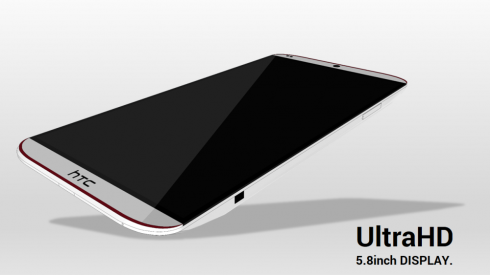 The smartphone comes with a microSD card slot and a removable battery, two features that many HTC fans wanted. There’s a 64 bit CPU here, 4K video capture and there’s no need to click the power button here, since there’s a sensor that recognizes your hand. HTC One Ultra runs on HTC Sense 6.0, that doesn’t require you to open an application to see  what’s going on in it.

When you’re in the homescreen, you can long press on the weather icons to see the weather app for example. A truly revolutionary handset for 2014! There are no more touch buttons, only gestures, like sliding left to go back or sliding from the logo to go back the homescreen.