Created by Tomáš Pulmann, the HTC One XXL is an interesting tablet concept, that features a 10.1 inch display and a next generation Tegra processor. The mockup relies on a 10.1 inch S-LCD 2 panel with a 2560 x 1600 pixel resolution and inside we’ve got the Nvidia Tegra 4 processor. 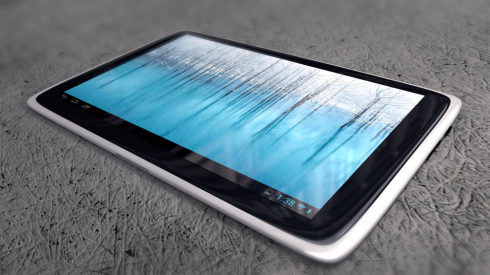 The HTC One XXL tablets comes in 32, 64 or 128 GB versions and at the back it has an 8 megapixel camera with Full HD video capture at 60 fps. Other features include Android 5.0 Key Lime Pie and a glossy polycarbonate design. The rounded format of the device, plus its very glossy case remind me a bit of the HTC One X and I love that slight slope of the device’s edges. However, it does seem a bit fragile and easy to drop, being so glossy and shiny.

Since Tegra 3 debuted late last year, it would be time for Nvidia Tegra 4 to appear, at least in benchmarks or leaks right now. I can’t really say what the new CPU will bring, but I would be happy with better battery, less overheating and better benchmark results. Tegra 4 and Android 5.0 will be the combo that defines 2013, so let’s keep an eye on it. 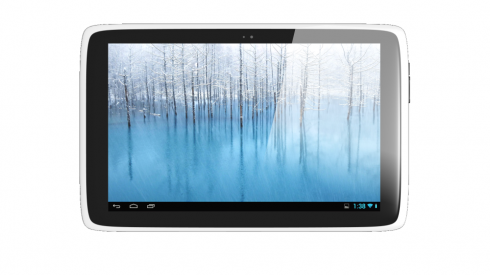