Huawei Mate 30 Pro Gets 5K Renders and Video From @OnLeaks 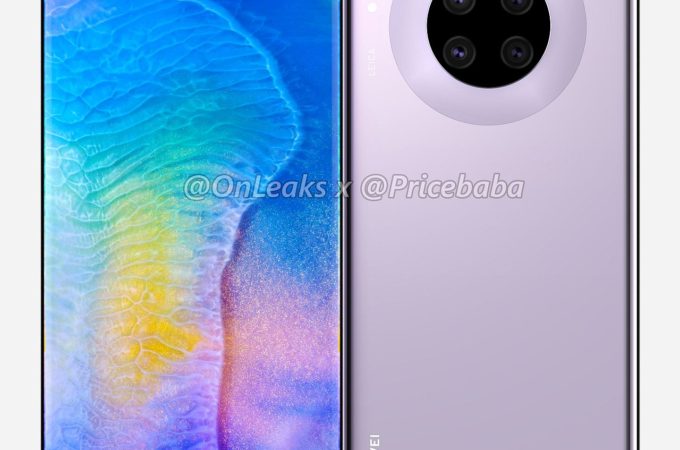 Huawei Mate 30 Pro recently got a launch date of September 19th and it’s expected to debut in Munich. The fall flagship from the Chinese firm was already leaked a bunch of times, but today we get some legit looking renders from @OnLeaks. Let’s see the designer’s take on this device. 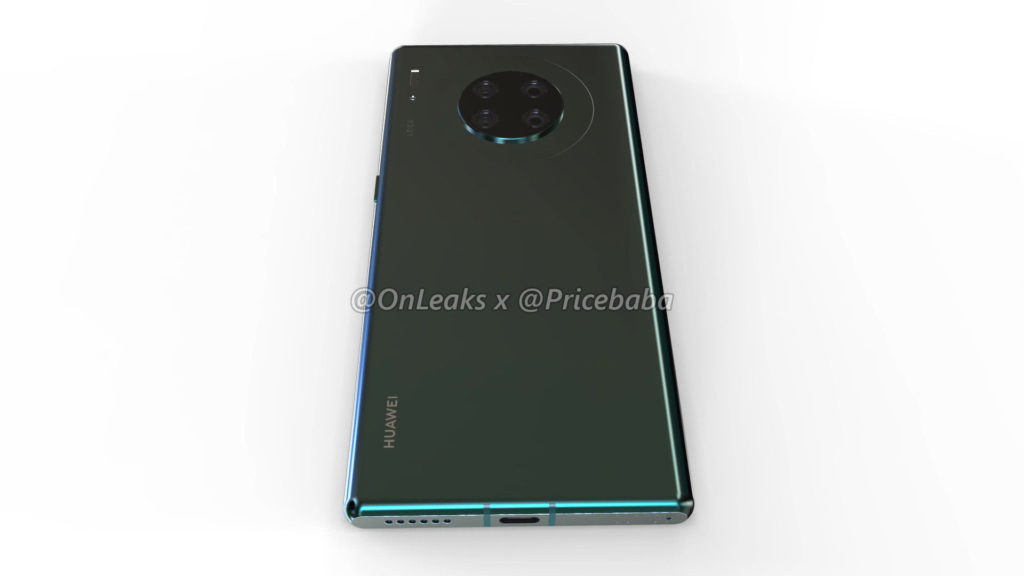 Actually this is a project done by @OnLeaks together with Pricebaba, with some very detailed 5K renders showing up. You can check them out in full detail and resolution on the source site. Honestly there’s nothing really new here, that hasn’t leaked in previous renders or pics of the Huawei Mate 30 Pro. The camera remains bulging at the back, with a round module and 4 sensors. 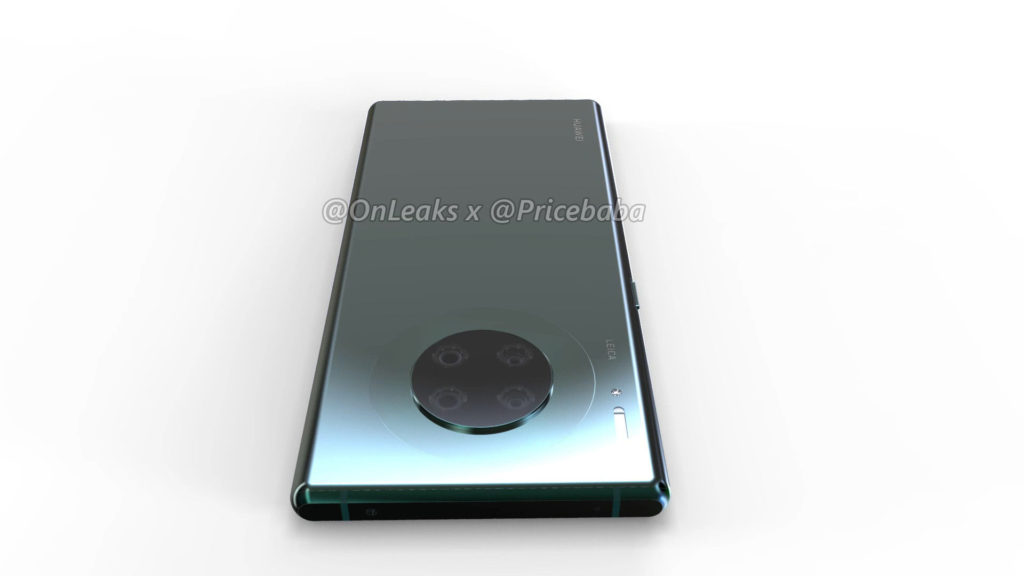 The LED (or maybe Xenon) flash has been relegated to the side and we also have a fifth sensor below it, probably the Time of Flight one. There’s still a notch upfront, similar to the Huawei Mate 20 Pro, but maybe a bit narrower. It’s supposed to host something like 3 camera sensors and also a Face ID style mechanism. @OnLeaks also leaked the dimensions of the phone, which are 158.1 x 73.7 x 8.7 mm. 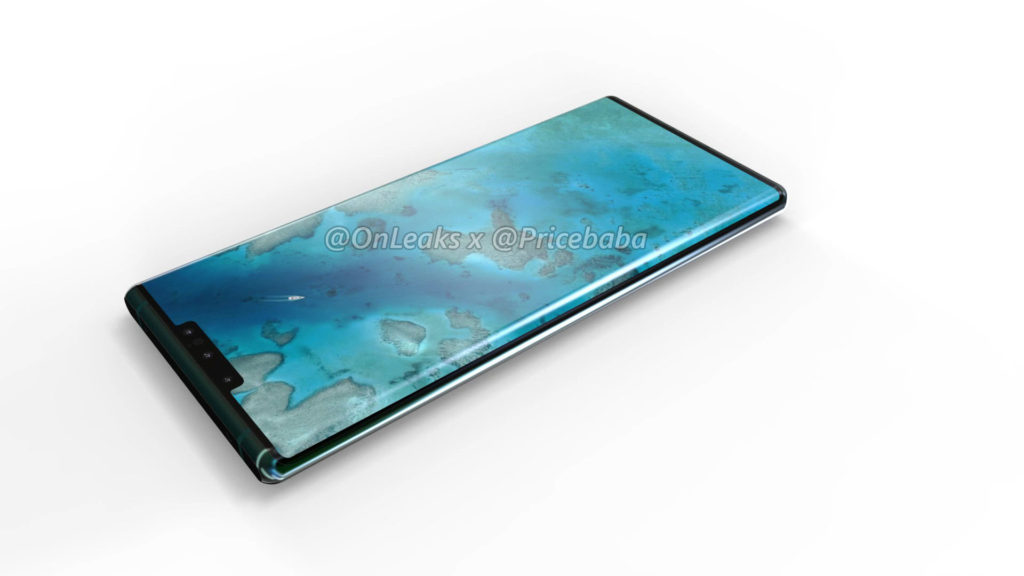 Actually, the waistline goes to 9.7 mm if you add the back camera bump. Upfront you can see the “waterfall screen”, a type of name we’ve been hearing a lot since the Vivo NEX 3 started leaking. The source also mentions that the screen is approximately 6.6 inches in diagonal, give or take, on account of the curved edges. Weirdly enough there are no volume buttons here, being replaced with a touch sensitive area above the Power button. 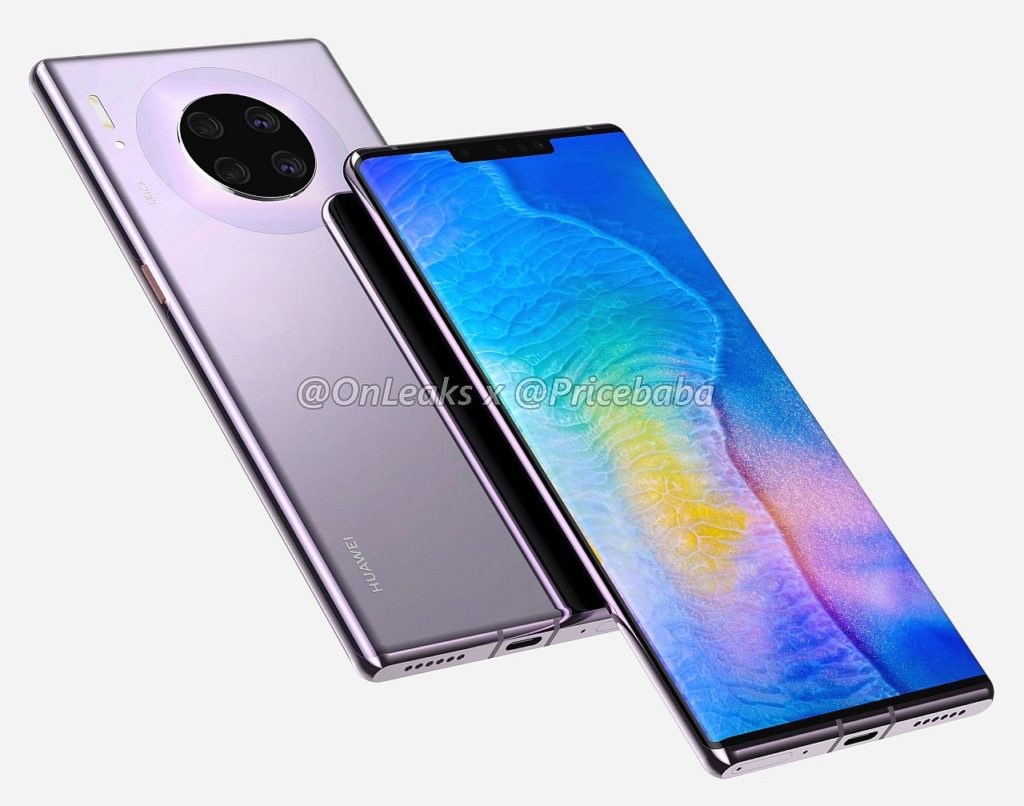 There’s still an IR blaster at the top and secondary noise cancelling mic close to it. The Kirin 990 CPU expected inside was already unveiled at IFA 2019, so it’s definite spec. The main camera likely includes two 40 MP sensors, for the main camera and the wide one. The third could be an 8 MP telephoto cam with 5x zoom. The fourth could end up being a Macro shooter. 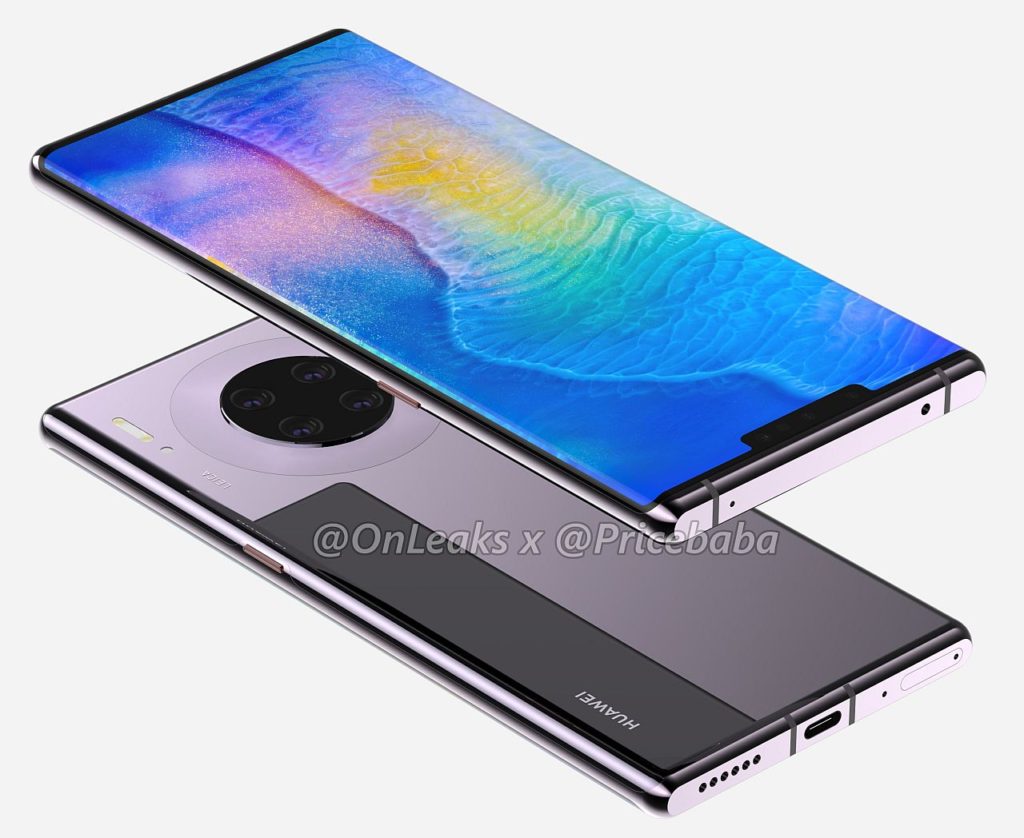 There’s also a 4500 mAh battery inside, with fast wireless charging at 25W and wired charging at a crazy 55W. No matter how exciting the device sounds, the potential lack of Google apps and services make it a bummer instantly… Let’s hope that it gets fixed. 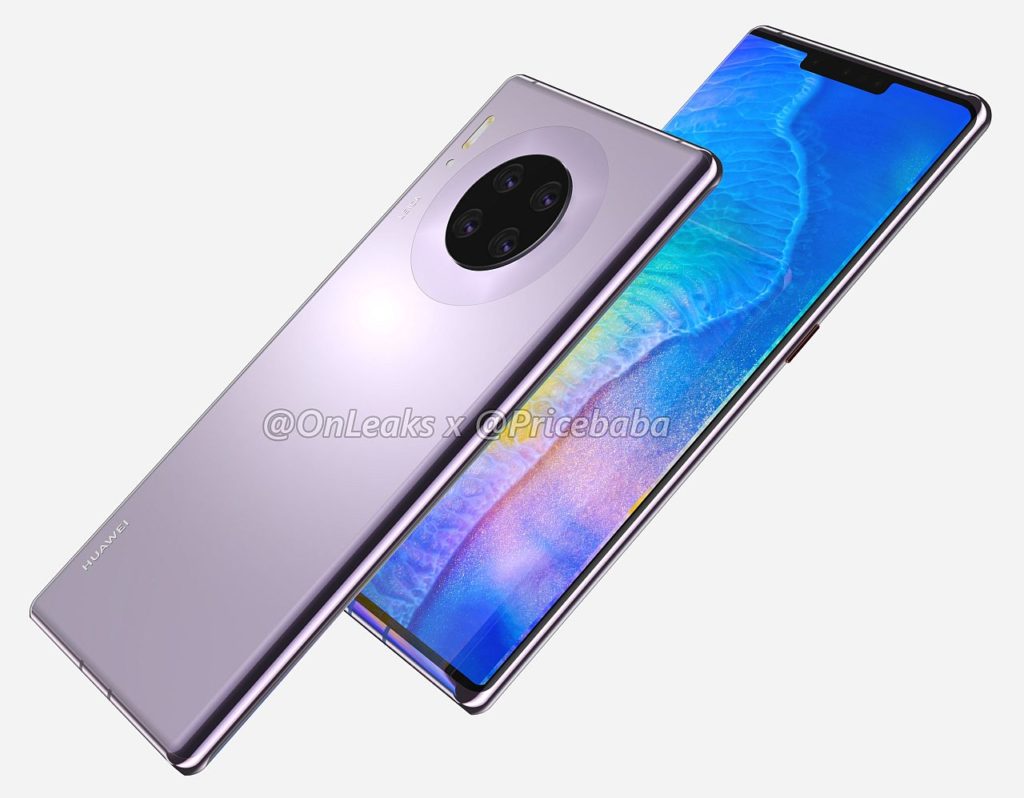 About Kelvin
Passionate about design, especially smartphones, gadgets and tablets. Blogging on this site since 2008 and discovering prototypes and trends before bigshot companies sometimes
Nokia 10 Pureview Gets Finalized Design From Concept Creator, Has All The Cameras   Nokia 10 Pureview Teaser Reveals… Even More Camera