Huawei P30 Pro is less than weeks away from launch and we’ve seen multiple renders of it, so we know what to expect. The Huawei Mate 30 Pro on the other hand remains a bit of a mystery, still. The device has just been rendered by Letsgodigital, with a quirky idea of putting two screens on it.

It all started with a patent of the device, that seems to show a display at the back side. The patent also mentions a periscopic zoom camera at the back side, by the way. That camera should be able to achieve 10x zoom, probably hybrid not optical and something like 5x optical zoom. The extra screen is something that has been attempted before, but not with too much success. 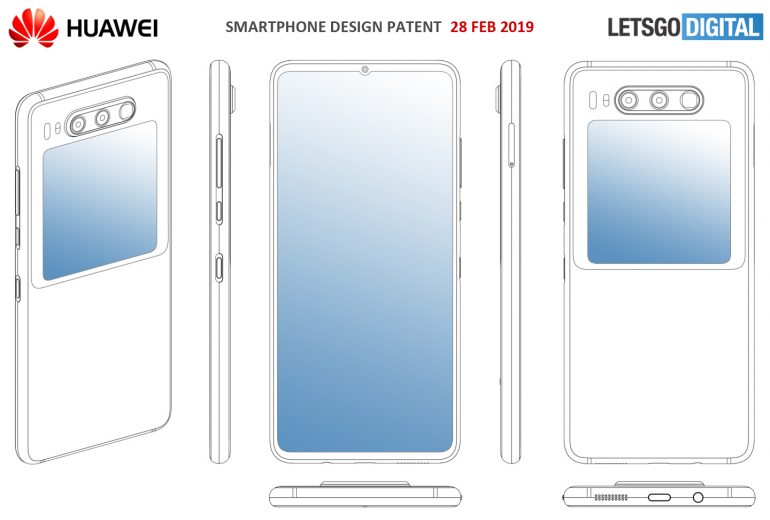 We’ve seen back side screens on YotaPhones and more recently on the Vivo NEX Dual Display, where implementation was interesting to say the least. We also had failed second screens on the HTC U Ultra and the LG V Series phones. The front of the Huawei Mate 30 Pro looks a bit like the one of the Huawei P30 Pro, with very narrow bezels and what seems to be a new UI. 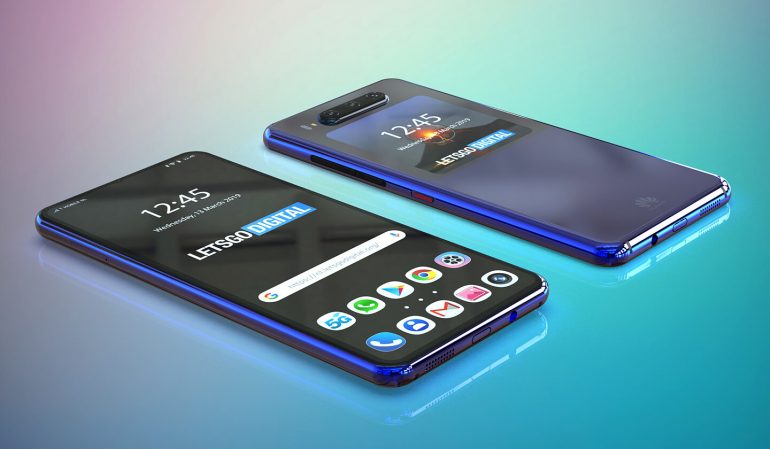 It’s very different from EMUI and I also see a sign we’ll get 5G on board via that icon. There’s a protruding back camera here, with a horizontal setup, that includes a main cam, ultra wide camera and telephoto lens camera, plus Time of Flight 3D sensor. We could also see one of those upfront. This device could follow the Vivo NEX Dual Display and get rid of front cameras, so selfies will be taken with the back camera and with the aid of the second screen. 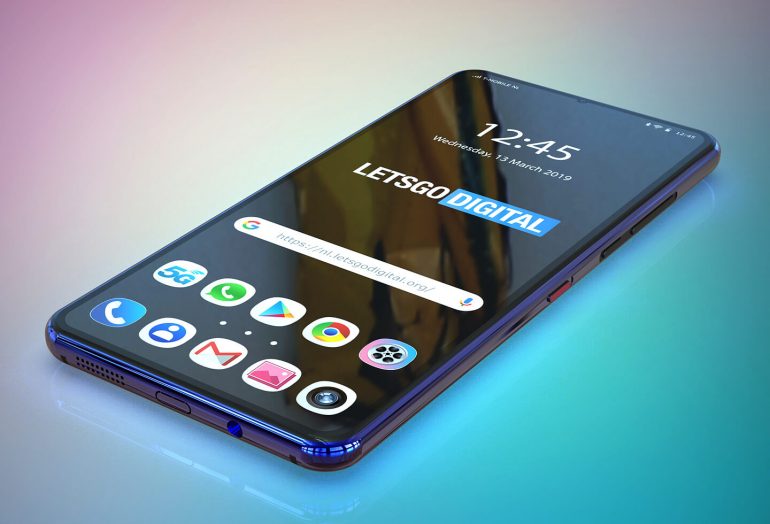